Nike, Kaepernick and the Strengths, Pitfalls and Moral Dimension of Consumer Branding

Nike has found itself in an odd position where its own brand ambassador has the power to dictate consumer branding and in that, they might have missed an opportunity for an even more powerful moral position. 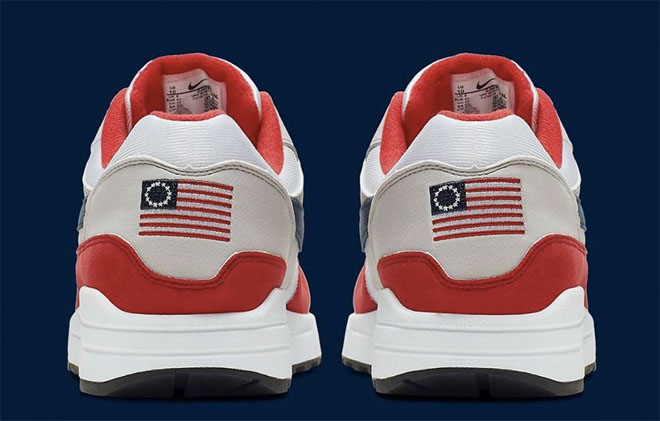 Nike is pulling its new “Betsy Ross” Air Max 1 USA sneaker which was planned as a tribute to July Fourth Independence Day celebrations in the United States. It was rumoured that Nike Ambassador Colin Kaepernick had encouraged the company not to sell a sneaker with a symbol, the so-called Betsy Ross flag, because of its associations with an era of slavery and its recent adoption as a rallying flag for white supremacy.

The Betsy Ross is an early flag of the United States, so-named for flag maker Betsy Ross. While the alternating red-and-white striped area is recognisable in the flag’s modern incarnation, the thirteen 5-pointed stars arranged in a circle to represent the unity of the Thirteen Colonies, was intended to communicate a “new constellation” coinciding with the birth of an independent United States. However, the historic U.S. flag became a popular but contentious patriotic symbol in recent years. Nike, Kaepernick and the Strengths, Pitfalls and Moral Dimension of Consumer Branding

In 2018, Nike tapped Kaepernick for the 30th anniversary of its “Just Do It” campaign, a consumer branding strategy with moral overtones, arguably, the first of its kind for such a high profile, national campaign which eventually paid off, giving a significant boost to Nike’s stock price.

Today,  Nike has found itself in an odd position where its own brand ambassador has the power to dictate consumer branding because the divisive national hero yields a disproportionate amount of moral responsibility over the brand. In the age of “being awake” (yes, i meant “woke” but it’s grammatically incoherent), multi-billon dollar businesses increasingly have to embody a moral dimension as shoppers increasingly embrace ethics of consumerism. 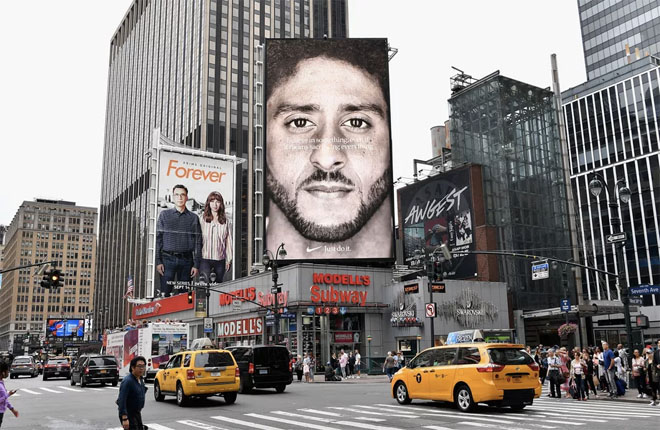 In 2018, Nike tapped Kaepernick for the 30th anniversary of its “Just Do It” campaign

Since the early 2000s, retailers and manufacturers have cottoned on (no pun intended) to the premiums that consumers are willing to pay for morally branded, ethically sourced and produced goods – some consumers see it as “giving back” to society, while more cynically, others believe that it is simply a way to assuage a guilty conscience for unnecessary and frivolous consumption.

That said, whatever the personal reasons or convictions, the commercial reality is that if every shopper only bought what they needed, our capitalist economies would come to a stand still. The fashion industry is most cognisant of this, there’s an art to persuading consumers to buy just one more shirt, bag or boots and hence, corporate responsibility and consumer moralism is cynically viewed as one more tactic in a marketer’s bag of tricks. Case in point: Pepsi’s Kendall Jenner Black Livers Matter debacle. 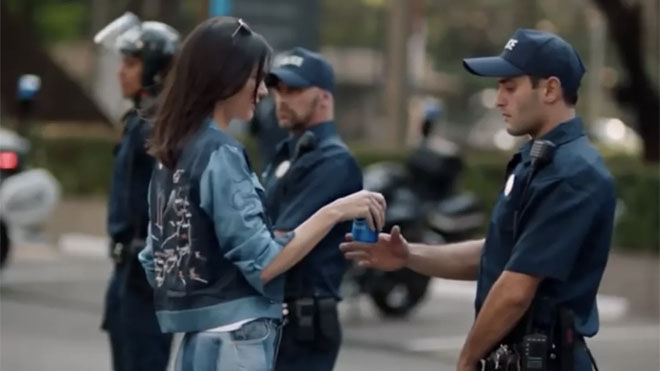 From a commercial standpoint, brands and companies take an immense revenue risk taking a stand and offending both ends of the political spectrum – from doing too little to doing too much. – Jonathan Ho, Business of Luxury Op-Ed for LUXUO

Breaking down the Moral Dimension of Nike’s Decision

Nike’s US$140 “Betsy Ross” Air Max 1 USA sneaker was supposed to go on sale over the Fourth of July Independence Day weekend and the products were already being distributed to retailers, with some already on sale in stores by the time Nike headquarters made the decision to pull the product. Already, some of the sneakers featuring the Betsy Ross flag with 13 white stars in a circle, are for sale on StockX with prices going over $2,000 due to lack of supply and controversy.

According to the Wall Street Journal: After images of the shoe were posted online, Mr. Kaepernick, a Nike endorser, reached out to company officials saying that he and others felt the Betsy Ross flag is an offensive symbol because of its connection to an era of slavery, the people said. Some users on social media responded to posts about the shoe with similar concerns. 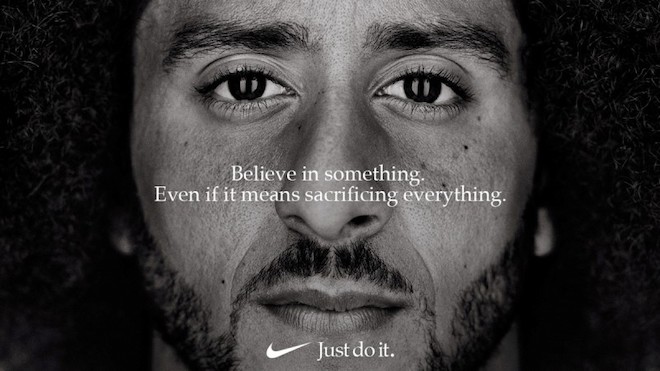 Statistically speaking, PR firm Edelman discovered that: “57% of consumers are more likely to buy from or boycott a brand because of its stance on a social or political issue.” – LUXUO Business of Luxury analysis

Nike did not give an explanation to the retailers on why they were pulling the sneakers with the Revolutionary War-era version of the American flag nor acknowledge that it was Kaepernick who prompted the recall but by Tuesday, July 2nd, made a statement that sale of the Air Max 1 Quick Strike Fourth of July was halted after concerns were raised that it could offend and distract from the patriotic holiday. 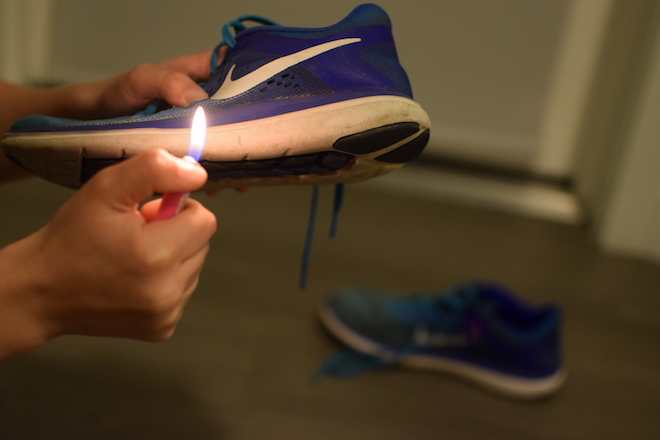 This move prompted Arizona State Governor Doug Ducey to state, ““Instead of celebrating American history the week of our nation’s independence, Nike has apparently decided that Betsy Ross is unworthy, and has bowed to the current onslaught of political correctness and historical revisionism. … Arizona’s economy is doing just fine without Nike. We don’t need to suck up to companies that consciously denigrate our nation’s history.” Shortly after, Ducey tweeted that Arizona would no longer offer Nike any financial incentives to build a new manufacturing plant.

Categorically, Nike is not the first brand in recent years to take a moral stand. Early last year, Gucci took a moral position with March for Our Lives and LUXUO’s Business of Luxury segment explored the risks involved in corporate social activism where statistically speaking, PR firm Edelman discovered that: “57% of consumers are more likely to buy from or boycott a brand because of its stance on a social or political issue.” From a commercial standpoint, brands and companies take an immense revenue risk taking a stand and offending both ends of the political spectrum – from doing too little to doing too much. 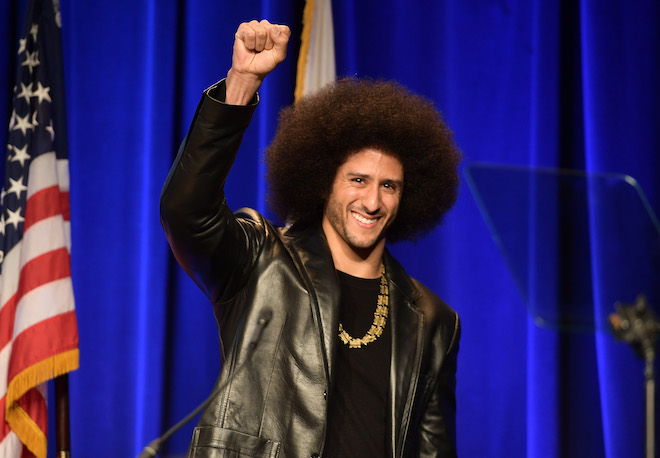 “The flag, like the Revolution it represents, was the work of many hands.”

Quandary and Opportunity: Betsy Ross did not design the Revolutionary War Flag nor was it historically associated with slavery

Historically speaking, Betsy Ross did not design the US Revolutionary War flag of 1777. Nor was it associated with slavery. It was a flag for the US Continental Army. Yes, George Washington “owned” slaves. He first inherited slaves from his father, and later acquired more as part of the terms of leasing Mount Vernon and again through marriage in 1759 to Martha Dandridge Custis of the Custis estate where he gained control of eighty-four dower slaves. 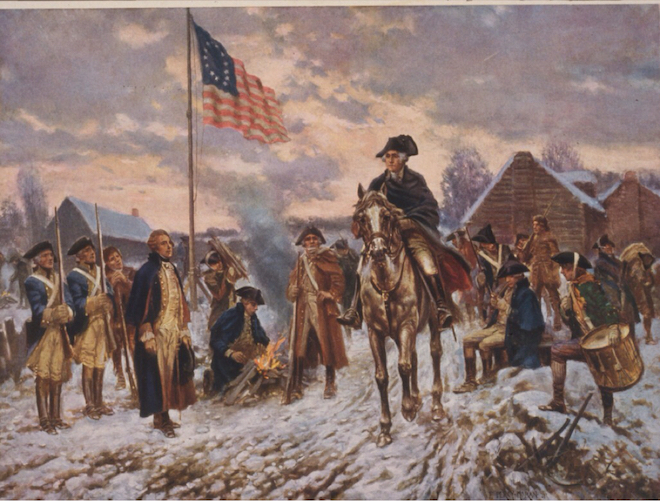 George Washington with the Continental Army in Valley Forge, “Betsy Ross” flag in the background

That said, there’s no doubt that historians agree that Washington’s relationship of slavery was complex, contradictory and evolved over time – like most other misguided beliefs which were social norms of the era – evidenced at first by his distaste for publicly selling slaves and his desire that slave families be kept intact rather than split. After the Revolutionary War, Washington expressed in private for abolition by a gradual legislative process, but as President, it was politically divisive hence he hesitated. Privately, due to inter-family objections, he freed his own slaves and in his will, instructed that his wife’s slaves be freed upon her death.

Consumer memories are short and while the moral dimension is important, it is currently enslaved to a 24:7 social media cycle of social justice and moral outrage.

Factually, despite the famed oil painting, there is no evidence to suggest that Washington and Betsy Ross ever crossed paths or that he was ever in her shop. They enjoy one degree of separation through acquaintances  with George Read  but that was the extent. Ross Biographer Marla Miller similarly asserts that the question of Betsy Ross’ involvement in the flag was not one of design, but of production like many of the seamstresses and upholsterers paid to produce flags in Philadelphia for the Continental Army. Historically, researchers accept that the United States flag evolved, and did not have one designer – “The flag, like the Revolution it represents, was the work of many hands.” 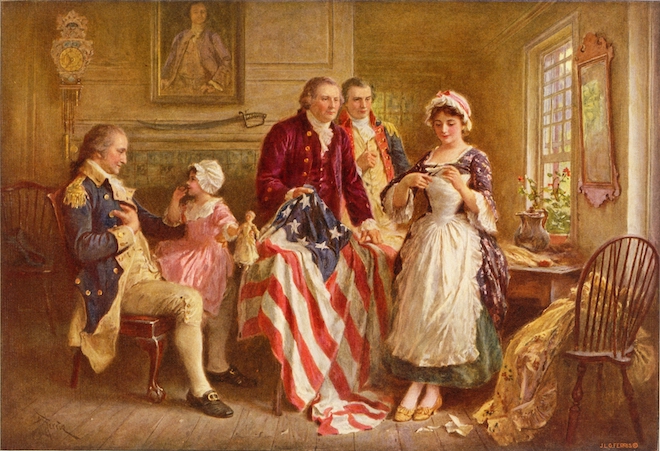 For two weeks in 2016, no one noticed that Colin Kaepernick  was kneeling during the National Anthem. Then on Aug 26, the San Francisco 49ers quarterback was questioned for his posture during the anthem where he responded, “I am not looking for approval. I have to stand up for people that are oppressed.” In that moment, Kaepernick became the face and lightning rod for Black Lives Matter.

We hold these truths to be self-evident, that all men are created equal, that they are endowed by their Creator with certain unalienable Rights, that among these are Life, Liberty and the pursuit of Happiness.

The Betsy Ross flag’s association with white supremacy is not historical either. In fact, white supremacist militias only started co-opting the flag as late as 2016 because it could be used as a symbol of a time in history when slavery was legal. Before 2016, the flag of choice was the Confederate flag and even then the battle flag was never officially adopted by the Confederate Congress, nor flew over any state capitols during the Confederacy. Culturally speaking, the Confederate flag only entered 20th century lexicon after its resurrection by the KKK and Southern Dixiecrats during the 1948 presidential election. 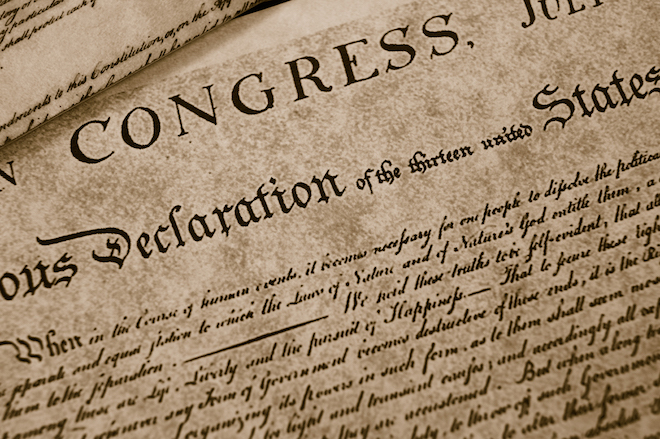 The Declaration of Independence

Consumer memories are short and while the moral dimension is important, it is currently enslaved to a 24:7 social media cycle of social justice and moral outrage. History and knowledge are important when it comes to cultural wars if only it earmarks the many nuances and cultural intricacies associated with historical icons like the Betsy Ross flag. It’s not just the first flag for a nation that had just declared independence from colonial powers, but also a symbol of things to come. I mean, it is right there in the second sentence of the declaration of Independence: We hold these truths to be self-evident, that all men are created equal, that they are endowed by their Creator with certain unalienable Rights, that among these are Life, Liberty and the pursuit of Happiness. 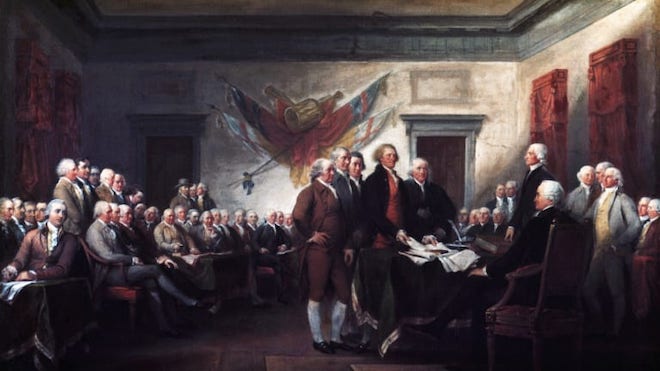 “All men are created equal”. In literature, we call this “foreshadowing”. It is both one of the most recognised sentences in the English language and simultaneously one of the most potent and consequential words in American history. To surrender this American icon of freedom and equality simply because some white supremacists adopt it unilaterally for their own would be travesty of the highest order and a sin of the highest order against the Continental soldiers who fought the tyranny of colonial powers for the equality of all men and their unalienable rights.

Bigots, extremists and fundamentalists should not get to dictate how a treasured relic of early American independence should be perceived. Nike and Kaepernick could have scored an incredible victory for Black Lives Matter had they pushed back and claimed equality of rights for all men under the rallying flag which fought for the very thing that they now fear out of shortsighted consumer protests and even shorter memories.