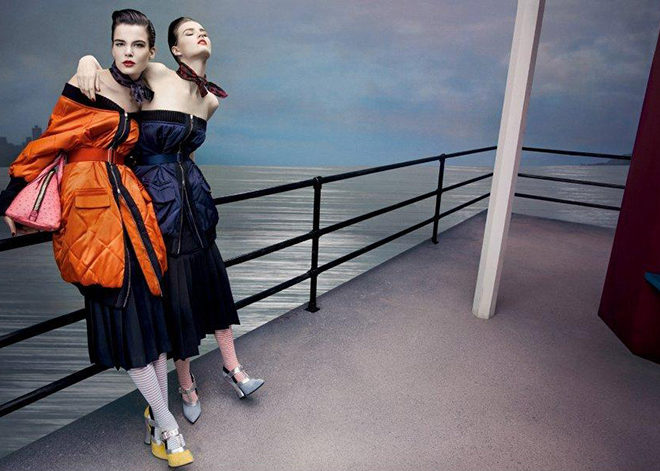 Miu Miu has unveiled a new video shot by Inez & Vinoodh as part of its F/W 2013 advertising campaign.

The two-minute video shows the stars of the campaign dancing, holding giant signs with their names on them as they wait for a ferry on a stormy dock. Soundtracked by the retro vibes of the “Hand Clapping Song”, performed by The Meters, the girls sway and clap along, showing off their different personalities as well as the brand’s latest clothes.