The Filipino designer, famous for his luxurious dresses, will make his global couture debut on the biggest stage of them all. 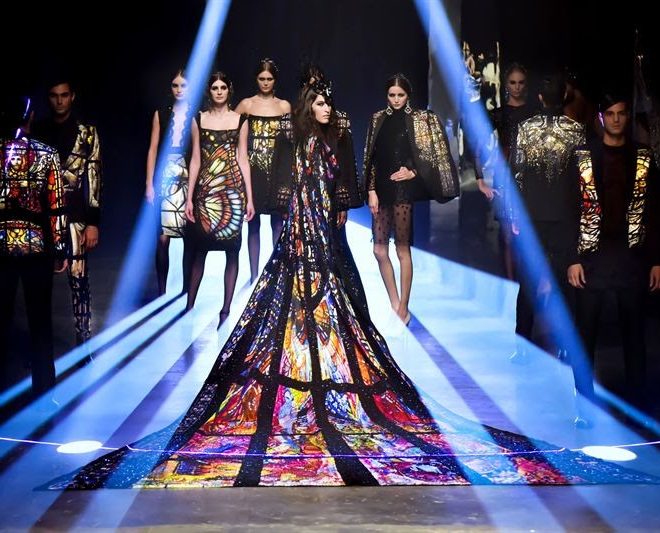 The Philippine designer Michael Cinco joins the ranks of the favored few in presenting his work at the high profile fashionParis Haute Couture Week. He’ll be showing his Autumn/Winter 2016 collection in partnership with the Asian Couture Federation as a part of COUTURíSSIMO – an initiative that aims to provide consumers with access to affordable couture-inspired pieces designed by leading couturiers.

The one type of attire that Cinco is well known for are his luxurious and elaborate dresses that have captured so much interest among celebrities such as Lady Gaga, Britney Spears, and Naomi Campbell. His great ingenuity with regard to his materials was in full display when he was handpicked by Tyra Banks to work on gowns made of recycled materials as a part of America’s Next Top Model. Despite being made of things like bin bags and discarded parachutes, these gowns still carry the same full flowing force and graceful aesthetic of his normal pieces.

“The Asian Couture Federation has always had a fundamental belief in the importance of supporting Asian couture talent. The launch of COUTURíSSIMO is a key step in enabling us to ensure that leading Asian Couturiers gain global exposure. We are delighted that Michael Cinco is one of the first couturiers that we are collaborating with to create an affordable and accessible collection that is inspired by the world of couture” said Ms. Emily Hwang, Vice President of the Asian Couture Federation.

COUTURíSSIMO sees it as their goal to provide a bridge between couture and ready-to-wear. A similar attempt at the reinterpretation of what ‘couture’ truly means can also be seen with the inclusion of subversive underground designer collective Vetements into the event by the Chambre Syndicale de la Haute Couture, despite them not fitting the usual criteria for entry.

You can check out more on COUTURíSSIMO at their website.

This story was written in-house, with an AFP story as the source and images from the AFP