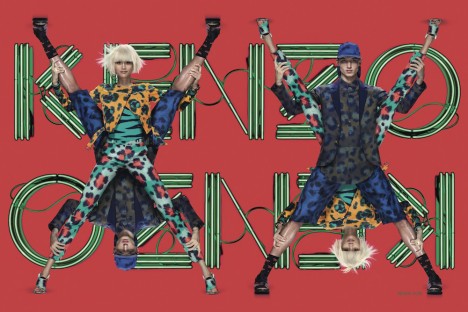 Kenzo has revealed the first pieces of its 2013 Spring-Summer collection. The designs have been embellished by a quirky advertising campaign shot by French photographer Jean-Paul Goude.

Titled “Campaign X,” the photos literally turn fashion advertising on its head. Two models have been photographed for each shot to create the letter “X” in a fun, color-saturated image.

Chinese model Ming Xi is the face of the campaign set against a red background with the name of the brand in green.

Kenzo, founded by Japanese native Kenzo Takada in 1970, is part of the LVMH group and is currently under the creative direction of Humberto Leon and Carol Lim.