In order to live up to the legacy of the innovative and artistic designer it’s named after, Capucci is taking up a new Creative Director 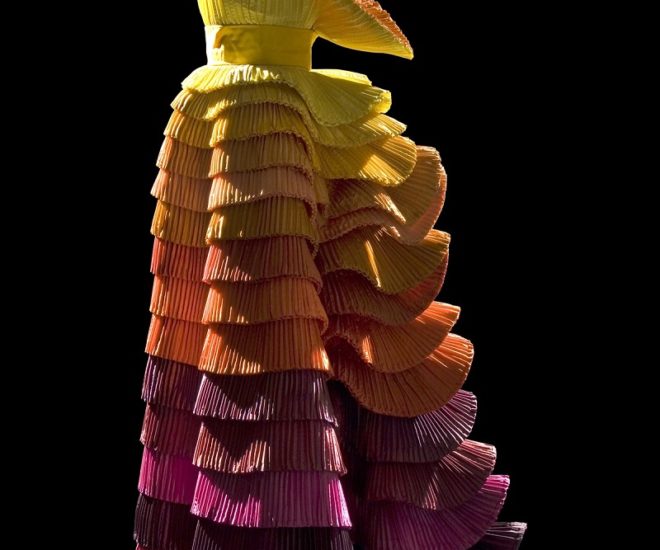 Italian fashion house Capucci bears a heavy legacy, being named after the influentially artistic designer Roberto Capucci. A certain kind of mind is required to hold up the designer’s original colorful and complexly sculpted flowing dresses. As a sign that they’re ready to jump back into the fray, the brand is now relaunching its ready-to-wear line, and placing Mario Dice at the helm as Creative Director. The new collection is set to be entirely produced in Italy.

Getting an early start in the fashion industry, Dice found himself working at Calvin Klein when he was 14, thanks to then designer Kevin Carrigan. Working at several other fashion houses after that, he eventually came to start his own clothing line in 2007 – doing both men’s and women’s collections. Some of the houses he’s collaborated with include names like Trussardi, Krizia and Gattinoni.

Taking the non-traditional path of becoming a designer by jumping straight in to get a ‘working education’ has helped Dice a lot in developing a more flexible attitude of mind. While being well-trained in classical techniques, he also has a futuristic bent and an eye for innovation. Perhaps, when combined with the mantle of one of the most creative designers out there, this could be the perfect combination to lead to the birth of something completely extraordinary. Whatever it is, we’ll only be able to see once the collection finally comes around later.