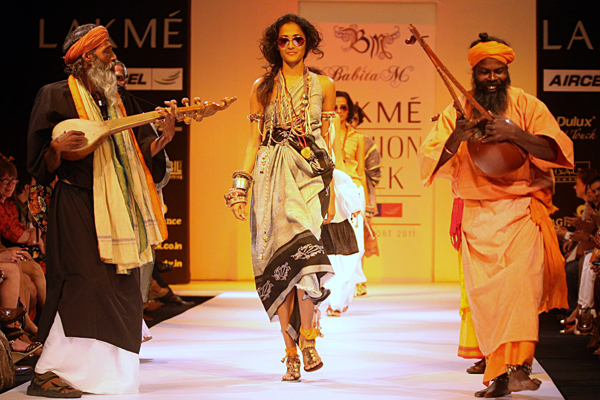 Designers linked to the project include Rohit Bal and Sabyasachi Mukherjee, who are both cited among the country’s biggest creative talents.

“In time, the structure will attract other younger designers and L Capital will integrate them into the platform by taking majority stakes,” a source was quoted as saying by The Economic Times.

In the same way that LVMH handles top luxury brands such as Louis Vuitton, Bvlgari, Givenchy and Dior, an LVMH-type company in India should help the projection of Indian fashion on an international scale.

Looking good has always been an integral part of Indian culture, and since the launch of Lakmé Fashion Week in 1999, the country’s clothing industry has gone from strength to strength — for the 13th edition Mumbai welcomed some 86 designers from across the country to present their Winter/Festive 2012 collections.