Facchinetti Swansong for Tod’s: No More to Say

As Alessandra Facchinetti leaves Tod’s, we ponder what made her version of its ready-to-wear so successful and where this leaves the brand. 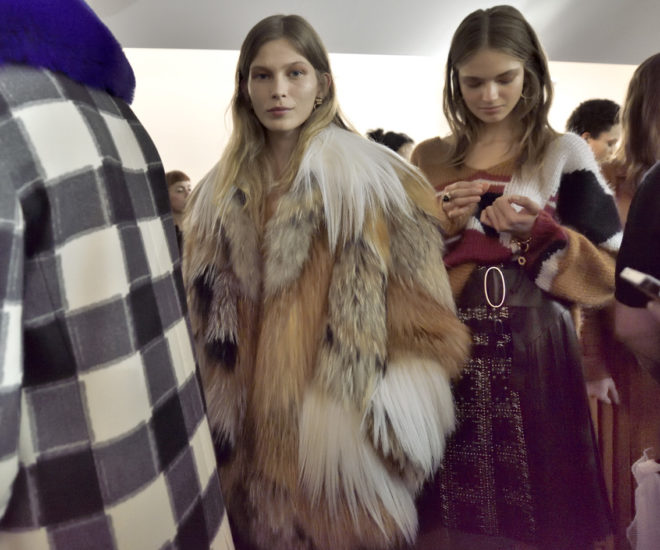 Watching the runway show from Tod’s this season, one couldn’t help but get the sense that Alessandra Facchinetti was closing a chapter. In the few short years since she had been with Tod’s, she had helped build an exciting ready-to-wear identity for the Italian shoemaker brand. At the start of her time at Tod’s in 2013, there was a definite excitement because of her CV: Ms Facchinetti did lead the womenswear at Gucci post Tom Ford.

This season’s show was preceded by an installation from Vanessa Beecroft, who placed Karlie Kloss (who was pretty much sewn into an ensemble of leather) in a tableau. It shone the spotlight back on the artisans behind the leather the brand is so known for, and that we so love. But when a designer highlights the craft behind her brand so literally, there is the unshakeable feeling that she can only mean to convey “I’ve run out of things to say”. Craft is, these days, a very trusty fallback for luxury brands who want to tout heritage. But let’s talk about what was on the runway. There was the overarching ’70s vibe – fast cars, hair undone, a little rebellion. Loads of tartan, leather (of course) and hanging accessories (Tod’s is cashing in on a new strain of accessible luxury goods: small, collectible accessories meant to be towed and hung on belts and bags). The clothes themselves left a lot to be desired – here was a designer who, at the start of her tenure, proposed modestly chic and believably captivating clothing for the kind of woman who drives to her job. They were realistic, believable and, above all, combined a feminine understanding of the customer she was dressing with the imaginative technical treatments afforded to her by the brand’s expertise. Which is why I count it a waste that this season, Ms Facchinetti chose to layer us with tartan, worn with leathers that sometimes unnecessarily featured fur details and, in some cases, treated with more deconstructed tartan lines.

The collection shone at its simplest. A look with a leather bomber jacket in oak with a fur collar worn with a slender matching belt and straightforward pants was attractive. You could believe a woman would actually buy and wear these pieces. So, too, was one look with a chunky cable-knit sweater atop sleek leather biker trousers. This is the ease and desirability Ms Facchinetti is otherwise strong at. Tod’s isn’t a fashion brand that pushes avant garde boundaries. Rather, it’s a luxury brand with a clientele that just wants nice things to wear and carry. The accessories, however, continue in strength. This season’s furry bags with raccoon-tail and honey dipper-esque leather tassels on accessories are plenty of fun. It’s a welcome departure from an endless slew of Wave bags and a convincing case for a light-hearted splurge. Though a thought lingers: this collection is Ms Facchinetti’s last season with the brand, and one can only wonder who, in this industry game of moving and waiting, will replace her.