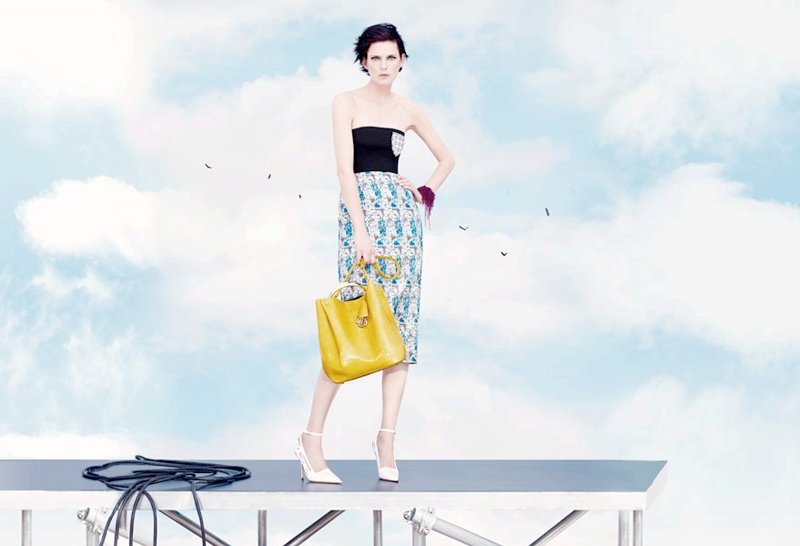 As seen on the ready-to-wear runways last year, Dior is all about flattering the feminine form this spring, namely by transforming women’s silhouettes into flowers for the SS 2014 season. The floral inspiration behind the collection is clearly present in the campaign, shot by Belgian photographer Willy Vanderperre. Against the backdrop of blue skies, covered with fluffy white clouds and dotted with birds, models pose like blossoming bouquets in floral prints and cheerful colors. While Dior describes this latest collection as “a blend of contrasts and paradoxes” (as illustrated, for example, by the combination of tight-fitting jackets with flowing short skirts), one can nonetheless identify many of the fashion house’s traditional style codes. Namely, one photo from the campaign shows a dress with Dior’s signature silhouette: a tight waist and an ample, tutu-like skirt. Dior will present its Spring-Summer 2014 Haute Couture collection in Paris on Monday, January 20.