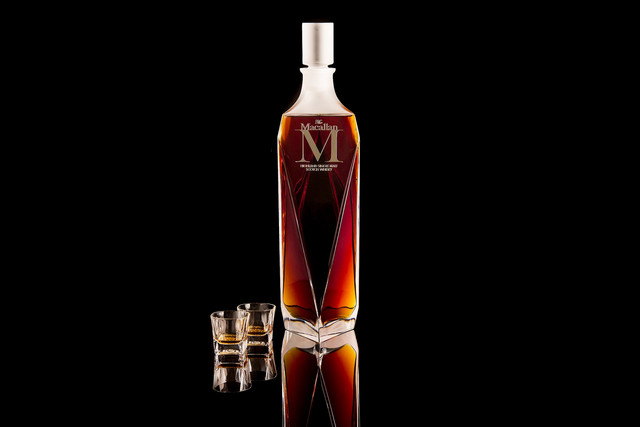 Sotheby’s said it sold a bottle of Macallan for HK$4.9 million ($630,000) in Hong Kong, setting a record for the most expensive bottle of single malt whisky sold at auction. The Macallan “M” decanter is a collaboration between The Macallan whisky, Lalique crystal and Fabien Baron founder of Baron & Baron, it was sold to benefit several Hong Kong charities.

The Macallan ‘M’ Decanter 6-litre Imperiale attracted global interest at a Sotheby’s auction, the firm said in a statement which identified the buyer only as an Asian private collector.

The former British colony has become a hub for auctions of collectibles and rare items ranging from diamonds to stamps, thanks to growing wealth in China and other parts of Asia.

Only four Imperiale “M” Decanters were ever made by the Macallan distillery, Sotheby’s said.