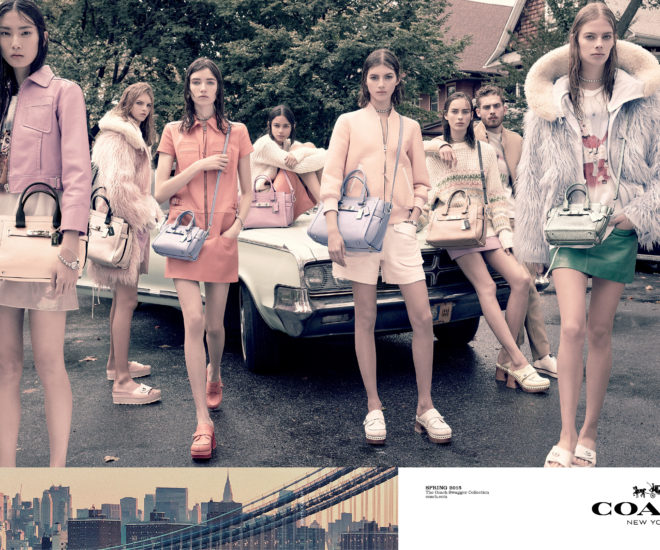 Stuart Vevers picked legendary photographer Steven Meisel for a second season running to capture his womenswear collection at Coach, with a new Americana-themed campaign for Spring/Summer 2015.

“Watching films like ‘True Romance’, ‘Paris, Texas’, and David Lynch’s ‘Lost Highway’, we were thinking about how atmospheric certain movies can be. Everyday scenarios can be transformed by cinematic beauty,” explained Vevers. “Steven created images that crystallised that vision, with his elevated, artful take on hyper normality.”

For the final ads, the shots of the girls were then layered over the top of a dusky New York City skyline.

Fabien Baron art-directed the campaign which launches globally in February and the images were styled by Karl Templer with makeup and hair by the veritable dream team of Pat McGrath and Guido Palau.