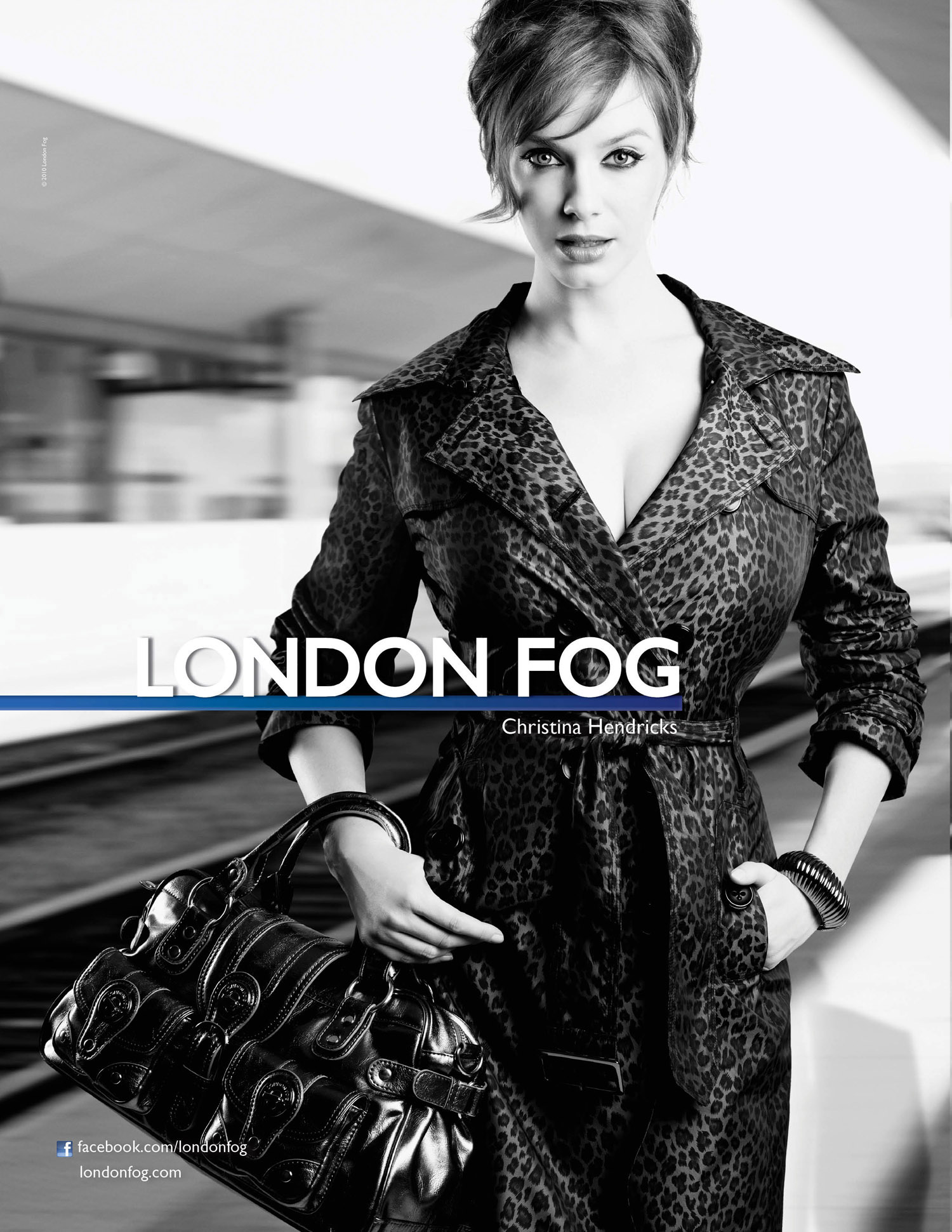 Christina Hendricks stated, â€œLondon Fog is a classic brand, which I love. It also ties in to Mad Men, we used London Fog in the show and this was a nice way to tie everything together.” “The trench is such an iconic shape for men and women. It works for anyone â€“ it worked in the 1960s and it works now.â€ She is sexy and gorgeous and the perfect woman to continue in London Fogâ€™s tradition of celebrity portraiture in our marketing campaigns.â€ The collections retail from $150.00-$350.00 and are available at better department stores such as Macyâ€™s and online at www.londonfog.com. The multi-media marketing campaign will debut in October issues of fashion and lifestyle magazines such as Elle, Cosmopolitan and InStyle, outdoor and online.