In the wake of a highly praised haute couture show January 26, Chanel barely had time pop the champagne before management pulled the plug on the party. 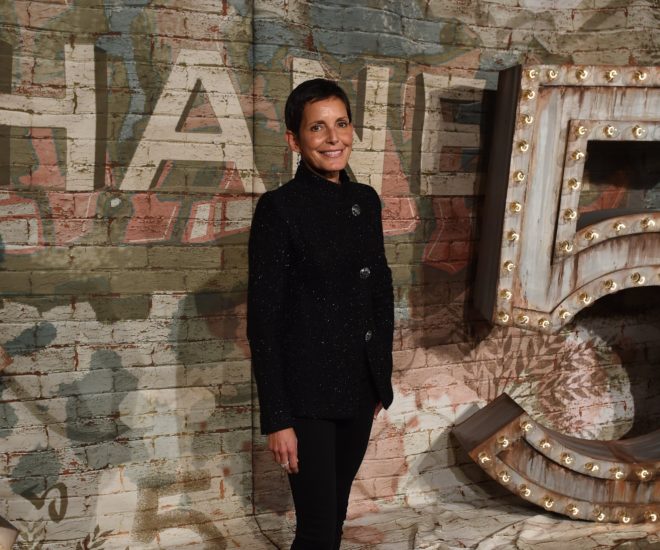 In the wake of a highly praised haute couture show January 26, Chanel barely had time pop the champagne for creative director Karl Lagerfeld’s vision before management pulled the plug on the party. The day after the show, news broke that Chanel and its global chief executive officer Maureen Chiquet had broken up, thus upending what should have been a triumphant week for the iconic French luxury. The company released a statement January 27 stating that Chiquet would leave the firm at the end of January because of “difference of opinion” over strategy.

At the time of the announcement, the world was still reacting to Lagerfeld’s “breezy couture” runway show at the Grand Palais. It was like a choreographed play featuring living dolls in dramatic makeup dressed in lean skirts, voluminous capes and fanciful shoes, going about their business in an artificial garden with artificial skies. It even ended with all the models in a sort of life-size doll’s house… it was amazing to behold, even if we only could only do so electronically. Even as we wondered what to make of the clothes on display, some of which featured wild cotton and wood chips as Lagerfeld swung the pendulum of high fashion firmly towards eco-consciousness, we were blindsided by the Chiquet announcement.

Chanel said in a statement it was “grateful” to Chiquet for what she had done to bring “Chanel into a new era of its development”, adding that she had overseen the “successful international expansion of the House of Chanel, enhanced its luxury positioning and image and grew the business in each of its categories”. A series of fine, hazy capes were showcased with silky jumpsuits and sparkly dresses in creamy taupes, while cocktail dresses with fan sleeves contributed to the drama. To finish, there was a bridal-style cocktail dress and bomber jacket ensemble complete with train, offset, of course, by those signature cream pumps.

The dreams on show may prove to be short-lived though. It is unlikely that majority shareholder Alain Wertheimer, who assumes the helm and takes over the operational management of the company, will make any drastic changes pending the appointment of Chiquet’s replacement. That said, these are strange days indeed for the mainstays of couture, with Christian Dior operating without a Creative Director while Chanel soldiers on with interim business leadership. This story was produced in-house, referencing wire services and external reports, and uses images from the AFP.