London Collections has come to a close, and we take a look at several key trends that dominated the runway. 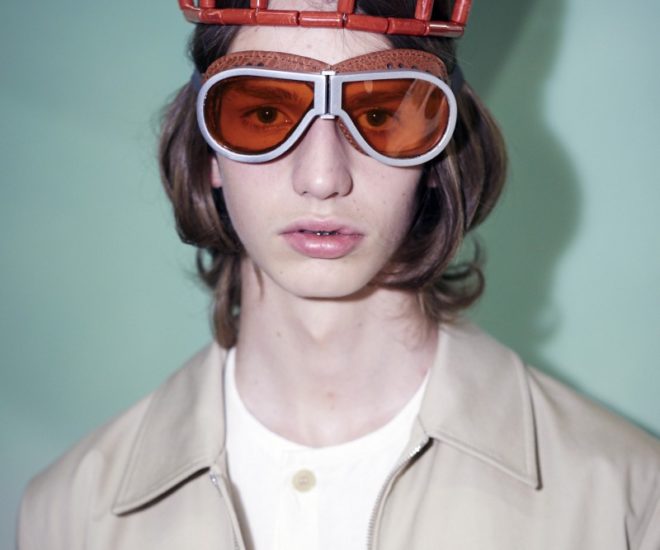 Gray skies and damp sidewalks didn’t stop some of London’s finest designers from showing their best at London Collections. The four-day event, organized by the British Fashion Council showed creations by both established and up-and-coming designers such as Christopher Kane, Craig Green and Oliver Spencer. Here, ahead of Spring/Summer 2017, is a quick overview of some of these trends to get you prepared for the season to come. Designers dished out plenty of outerwear to create layered looks that are versatile and cold weather-ready. Craig Green, recipient of this year’s BFC/GQ Designer Menswear Fund showed an eclectic collection of embroidered jackets and layered parkas that stole the show with textured striped pastel details. You would be hard pressed to find something ordinary at Henry Holland though. The English designer went all out (as usual) with tracksuits, this time plastering Britain’s kitchen staple Heinz Baked Beans’ logo all over. Meanwhile, Coach brought a good dose of Americana to London with its collection of all-American favorites with a rebellious twist. The highlight of the collection (not so coincidentally), happened to be biker jackets, bomber jackets and the varsity jacket. These were either given a hand-painted finish by Gary Baseman or embellished with fringing, studs, zips and badges added a punk rock flair to the youthful collection. There isn’t much that brings to mind a holiday in sunny Santorini like Sibling’s louche summer- sky blue and white striped chinos and luxe towel-esque outfits. Oliver Spencer also referenced the Island of Capri in the 1950s, focusing on the modernist lines and contemporary architecture of Casa Malaparte. The gentle mix of Aegean blue, ocher, terracotta red and a dash of Madras checks on airy linen give his collection a weightlessness that should fit in perfectly with that holiday ensemble you were planning.