With fashion week set to kick off later soon, we take a look at three major changes that will be sweeping New York. 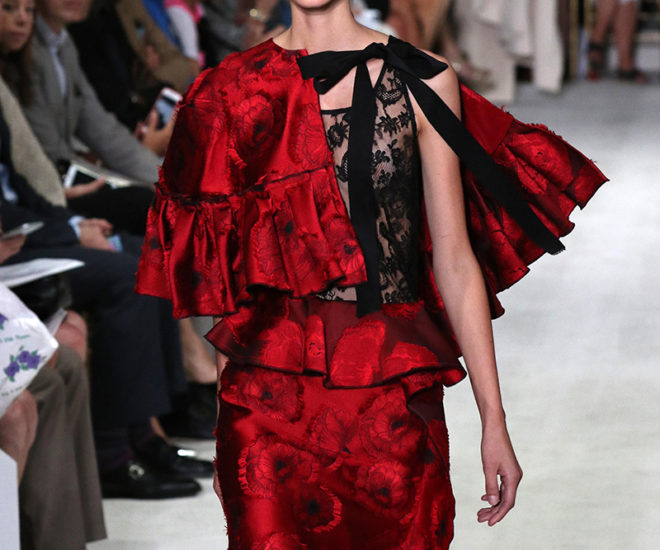 New York Fashion Week will kick off later this week and many are looking forward to what it has in store. The first major event of September, arguably fashion’s biggest month, will be ringing in the changes in more ways than one. We take a look at three major changes that will be seen at New York Fashion Week.

This season, the catwalks will be situated in two unique locations: Skylight at Moynihan Station and Skylight at Clarkson Square. The new venues will allow guests to be immersed in true New York cultural experiences. Apart from the opportunity for guests to enjoy both fashion week and New York, the locations are set to help guests travel more efficiently through the city. “We’re looking forward to reintroducing the industry to a showcase of creative talent, style and innovation that made the New York runways famous,” says Mark Shapiro, Chief Content Officer at the event’s producer and marketer IMG.

With Peter Copping out of the picture, the fashion house Oscar de la Renta had been on the lookout for creative directors since July. While the search has ended and Monse designers Laura Kim and Fernando Garcia have been selected to lead the brand, their debut collection will not be seen until Autumn/Winter 2017. For this season, the collection presented will be the work of Oscar de la Renta’s in-house design team that worked under Copping.

Calvin Klein is another brand that is trying to find its footing after an upheaval. The brand recently welcomed designer Raf Simons into the family after the departures of Franciso Costa and Italo Zucchelli. However, much like Oscar de la Renta, the new creative director will not be showcasing his debut collection for the house till Fall 2017. For this season, the brand’s in-house team will be responsible for the collection, which will be presented by appointment only rather than on the catwalk.

From Michael Kors to Tom Ford, the new see-now-buy-now trend is sweeping the industry. Other designers who are backing the cause for instantly available fashion is Tommy Hilfiger. His new collaboration “Tommy X Gigi” with model and it-girl Gigi Hadid is set to make its debut September 9, which is certainly good news for fans. Also set to cause a stir, is Kanye West with his Adidas collaboration, Yeezy season 4. Rumoured to be taking place September 7, let’s just hope he does his Kanye Best (we had to).

New York Fashion Week will run from September 8 to 14.