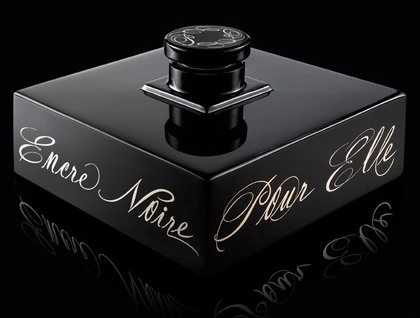 Following the success of the original Encre Noir which is a mens fragrance Lalique have launched Encre Noire Pour Elle which is the female equivalent.

As always, Laliqueâ€™s product will have no ad campaign; nonetheless this feature does not prevent them from selling their pricey products.

The fragrance comes in bottle designed to resemble an ink well and will be available in as an eau de parfum and an exclusive perfume extract in a black crystal bottle.

The special limited flacon is composed of crystal with golden engravings and its outer carton is luxurious and composed of painted precious wood.

The new Lalique launches in September 2009.