The Payette Lake Cliff House is a magnificent waterfront property which organically incorporates the rocky elements with the warmth of oaken fittings. 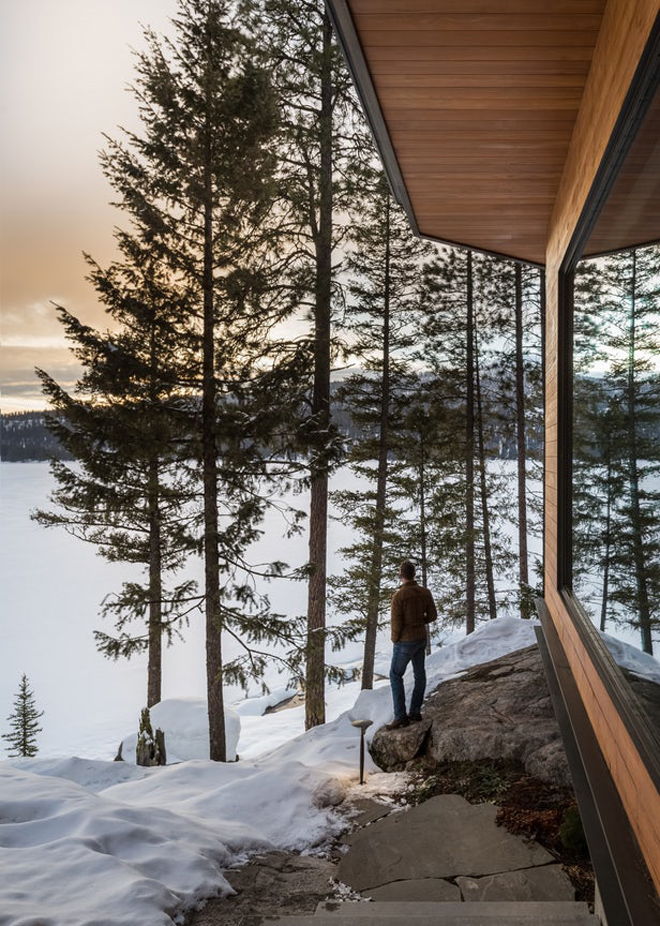 Hewing a waterfront development into solid rock is no easy task and architects continued to work on the design right up to its completion but the efforts have paid off, the end result is a dramatic, spectacular residence which organically incorporates the rocky elements with the warmth of oaken fittings and finishings. 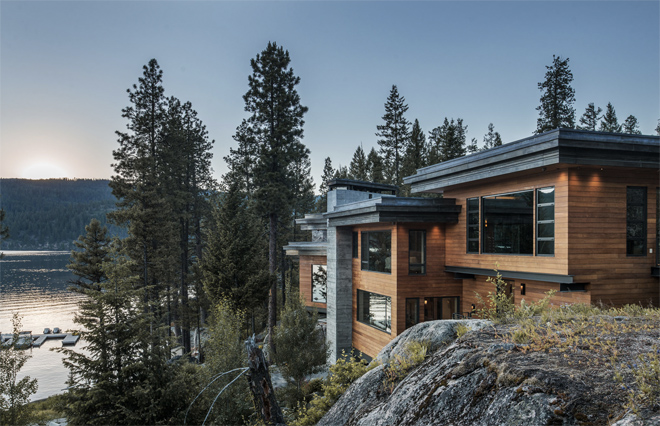 Different to Tony Stark’s own Malibu Cliff House but similarly magnificent, the waterfront Cliff House is set within a a cliff overlooking Payette Lake in Idaho’s southwest. Surrounded by forest, the design team gracefully incorporated wooded features into the home while blending it into the rocky terrain. Thus, shaped by the context of its natural environs, the architects conceived of the five bedroom Payette Lake Cliff House as three levels stepping down the hillside. 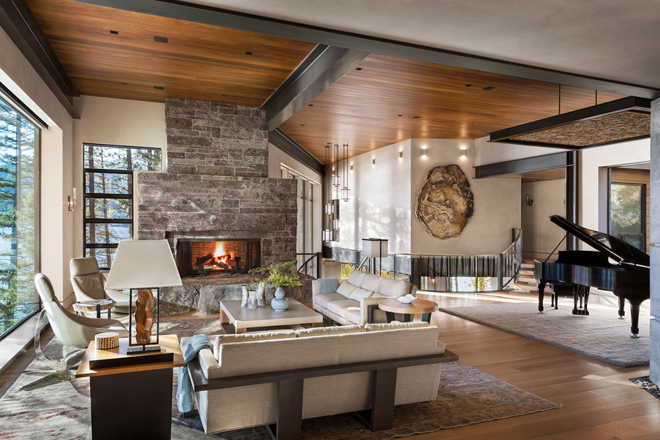 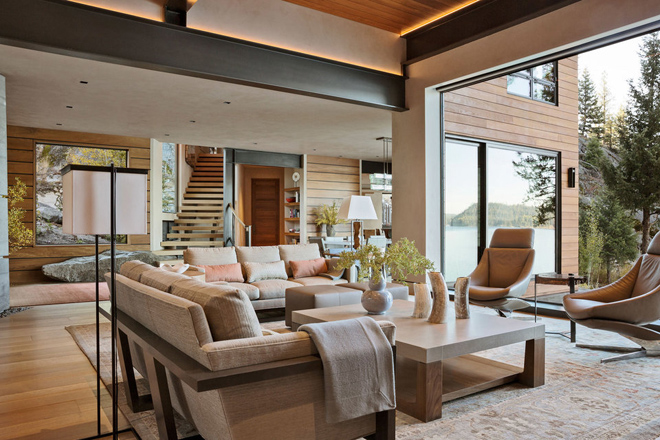 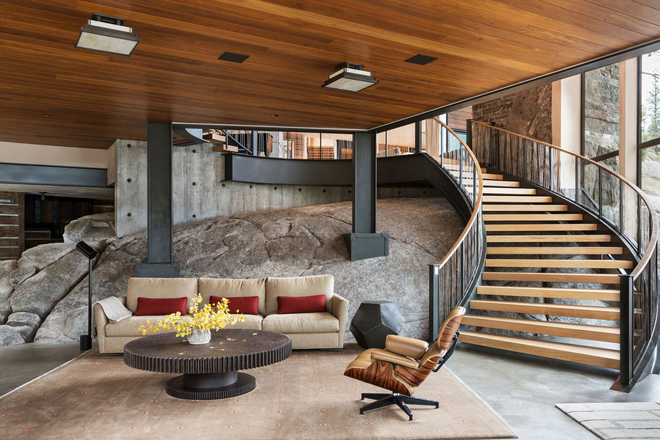 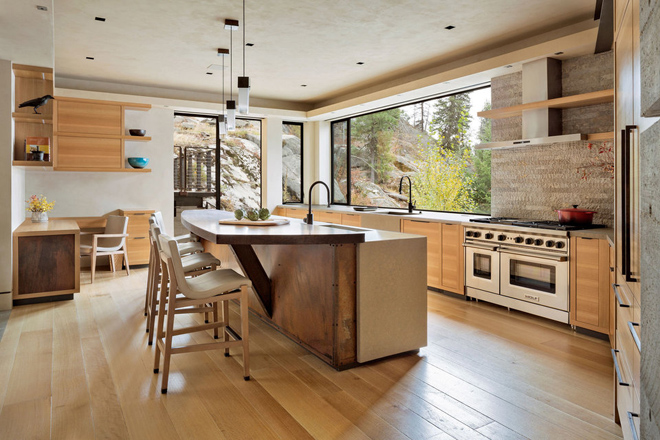 The surrounding granite surfaces are cleverly and seamlessly matched with the Cliff House’s structural concrete columns, while stylishly contrasting with teak elements. Subtle, almost hidden stone walkways lead from the waterfront Cliff House to Payette Lake while the home itself effectively brings the natural environment into the living spaces, including bedrooms, thanks to the triple pane and laminated (for sound and climate resistance) allowing guests to enjoy the great outdoors indoors. 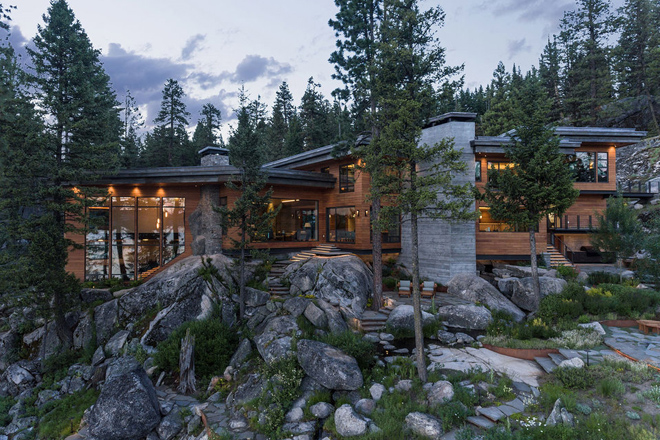 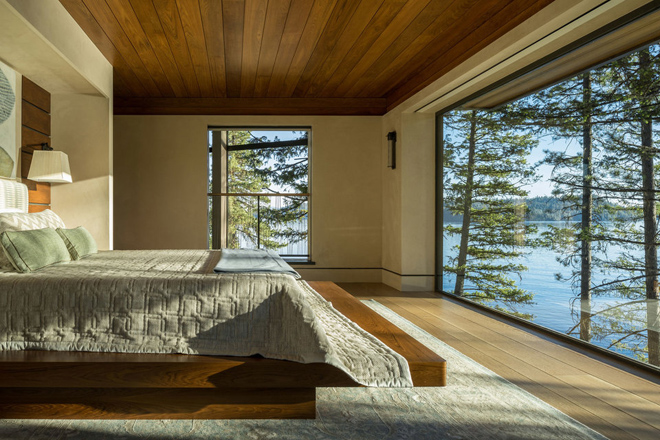 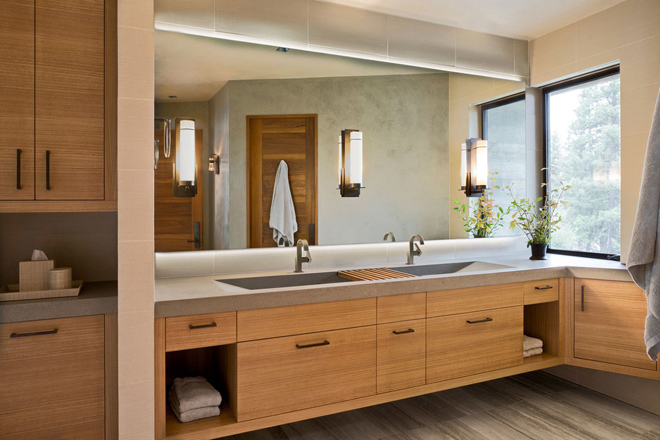 Of the three levels into the Payette Lake Cliff House, the entrance is on the middle floor, incorporating a vestibule which opens up into the dining area and living room; the granite theme continues indoors as it did outdoors with bedrock acting as natural sections and partitions for the space and even serving impressively as the backdrop for the spiral staircase.

The large fireplace is actually not from the Payette Lake Cliff but mined from a local quarry while the Cliff House’s various counter fixtures are made from matching concrete. 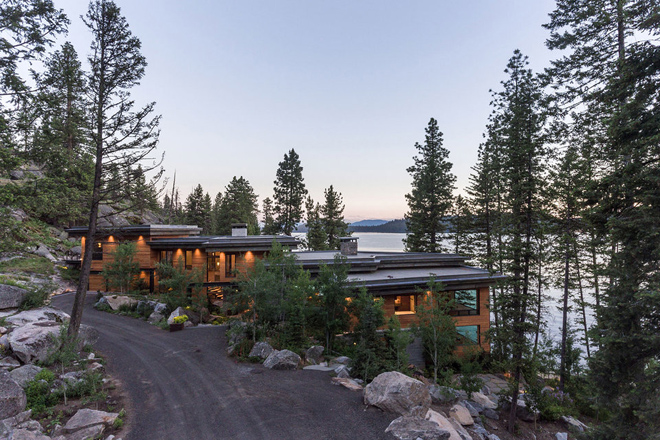