Sinot Yacht Architecture & Design has stated that “Aqua is a concept under development and has not been sold to Mr Gates”, following multiple media reports that Bill Gates, 64, had commissioned a build based on the 112m (367ft) superyacht concept by the Dutch design studio.

British newspaper The Telegraph announced the story about Gates’ purchase on Sunday, writing: “The Sunday Telegraph can reveal that the retired 64-year-old is behind the construction of a cutting-edge vessel by the Dutch superyacht specialist Feadship. The custom build is based on blueprints for the 112-metre design “Aqua” publicised last year at the Monaco Yacht Show by the Dutch marine architects Sinot.” 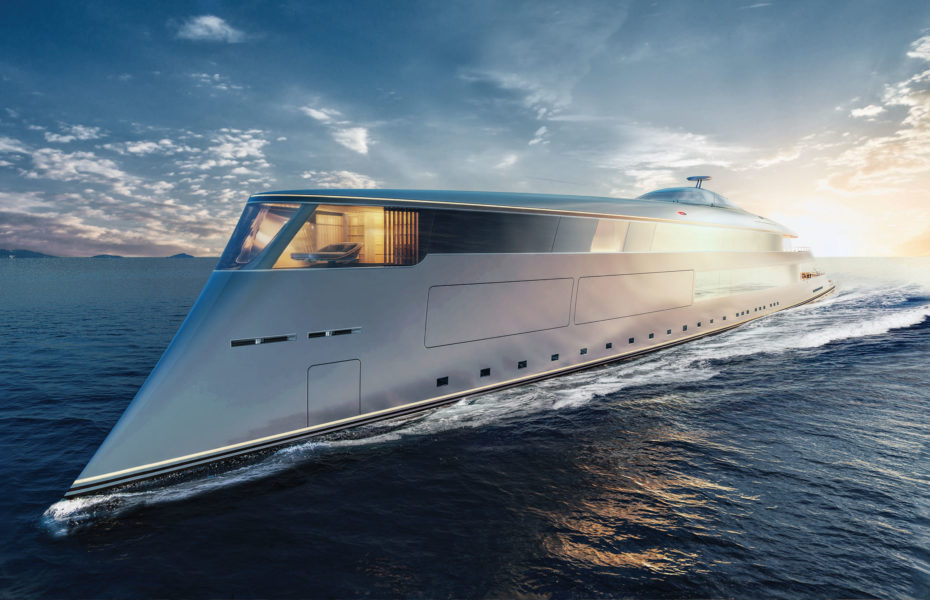 Rendering of the 112m Aqua concept presented by Sinot 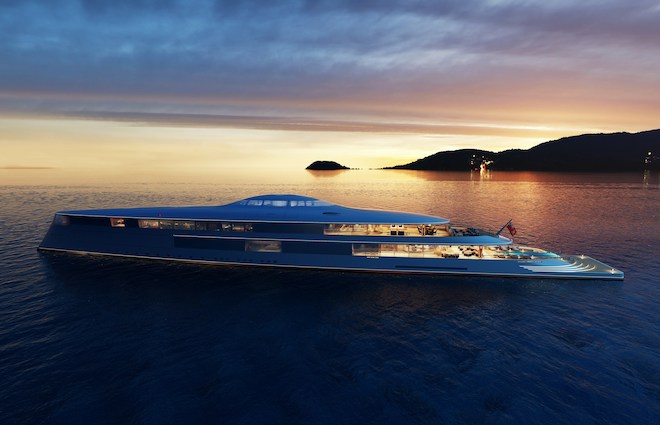 On Monday, Sinot issued a statement that included the following wording: “In recent days, various articles have appeared in international media, stating that sold its concept Aqua (presented at the Monaco Yacht Show 2019) to Bill Gates. These articles are factually incorrect.

“Sinot Yacht Architecture & Design wants therefore to make the following clear: The hydrogen concept Aqua is not linked to Mr Gates (or his representatives) in any form or matter; Sinot Yacht Architecture & Design has no business relationship with Mr Gates; Aqua is a concept under development and has not been sold to Mr Gates; Unfortunately, all ‘information’ in these recent articles is factual incorrect.

“We invite any visionary client to show their interest.” 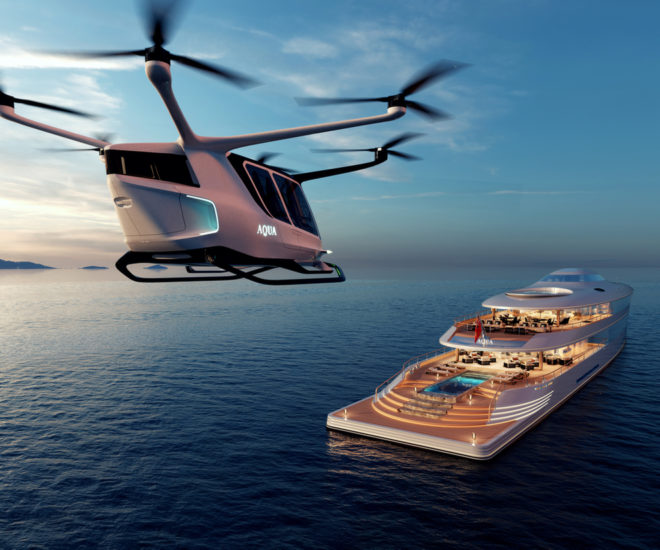 Commissioned by Bill Gates, the five-deck yacht has accommodation for 14 guests and 31 crew

Sinot’s Aqua concept five-deck motor yacht features an infinity pool, helipad, spa and gym, and has accommodation for 14 guests and 31 crew members. The concept, presented at the Monaco Yacht Show last year, combines liquid hydrogen and fuel cell technology with a design focused on making the ocean as accessible and visible as possible. 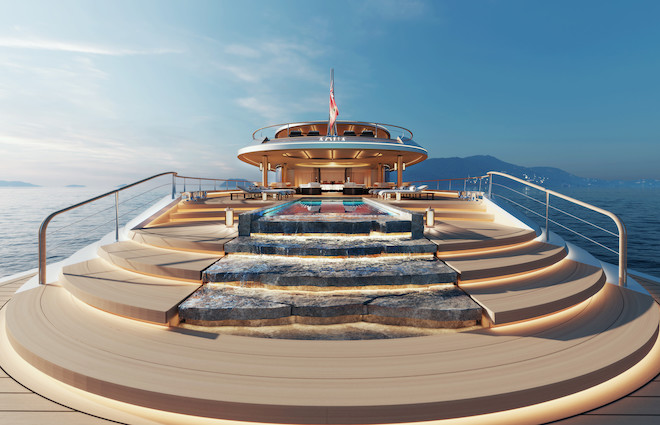 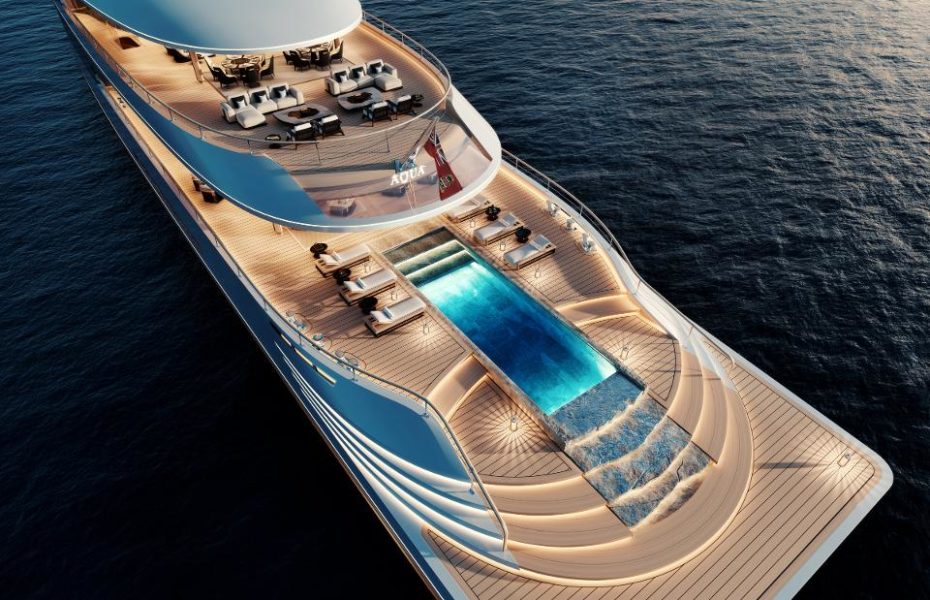 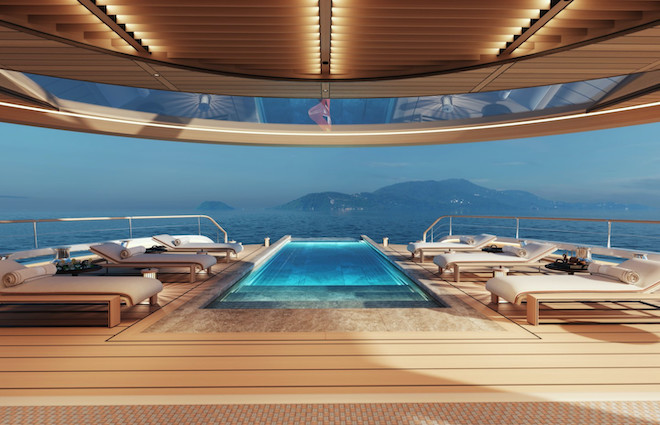 Sander Sinot said: “For Aqua, we took inspiration from the lifestyle of a discerning, forward-looking owner, the fluid versatility of water and cutting-edge technology.”

The Dutch design studio has worked on many Feadships including the spectacular interior of the new Syzygy 818, as well as on superyachts by fellow Dutch yards Hakvoort, Heesen and Oceanco, Italy’s Benetti, Germany’s Nobiskrug and China’s Pride Mega Yachts.

Gates, described by The Guardian as “the world’s second-richest man”, is renowned for his long-standing interest in alternative fuels and philanthropy, with the Bill & Melinda Gates Foundation recently pledging US$100 million to help tackle the coronavirus afflicting China and much of Asia. 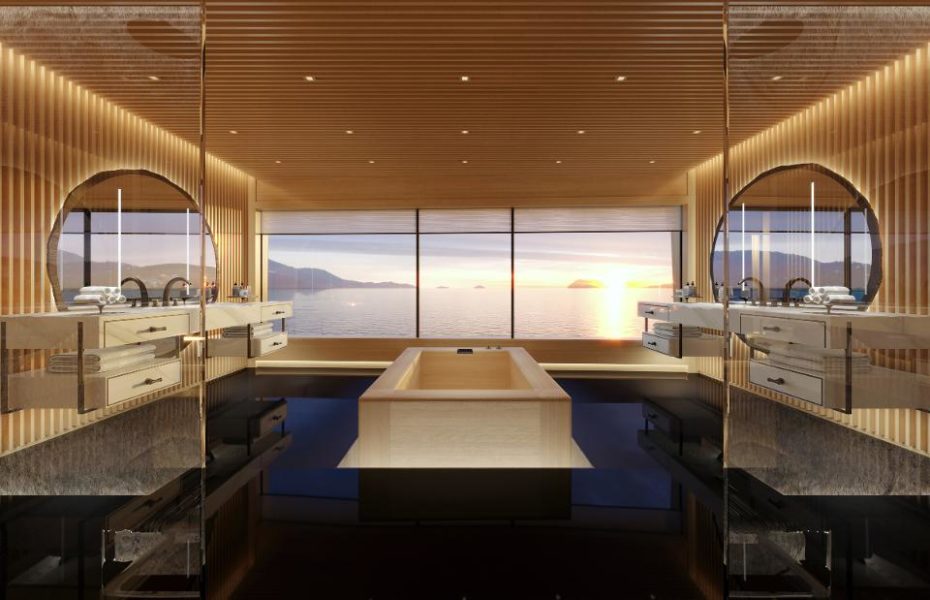 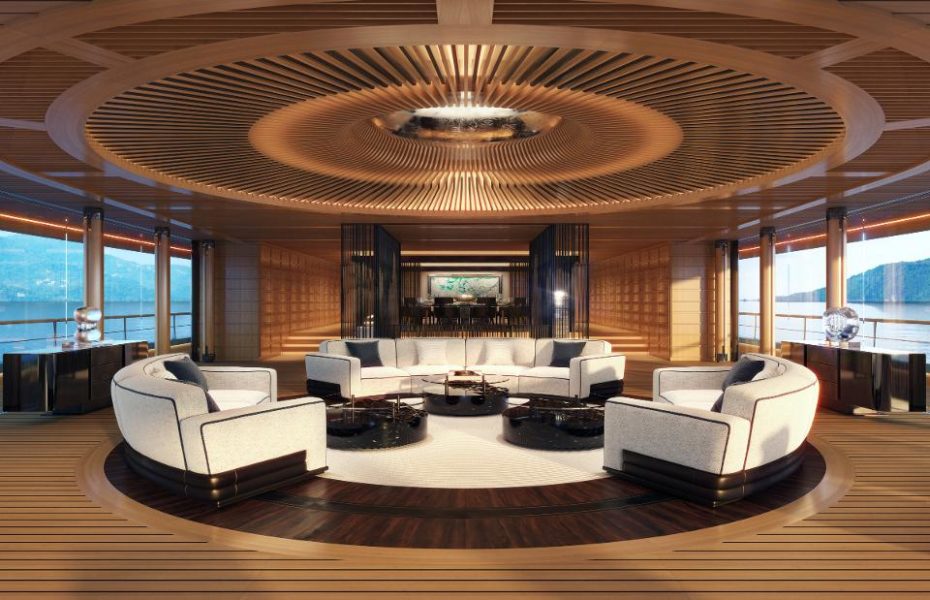