Five months after the world premiere of its flagship 88 at the Cannes Yachting Festival, Sirena Yachts unveiled the Coupe version of its 58 at February’s Miami Yacht Show at Biscayne Bay. The 58 is the most successful yacht in the Turkish builder’s portfolio and the Coupe version is a response to customers who expressed a preference for an ‘express-style’ yacht. 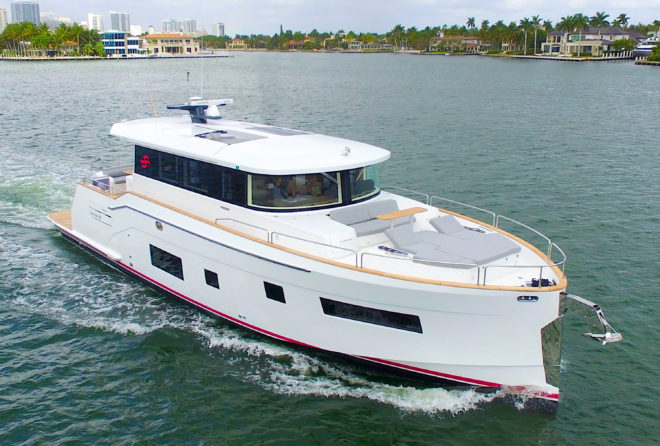 The Coupe is an ‘express-style’ version of the Sirena’s popular 58.

Constantinos Constantinou, Sirena’s Director of North American Sales, said: “This yacht is for anyone looking for a sleeker exterior profile or who admires the build strength and design details in Sirena’s existing 58 and prefers not to have a flybridge.”

German Frers designed the hull and superstructure, creating a contemporary plumb-bow design, modest freeboard and a fast displacement hull that provides a range exceeding 850 miles at 10 knots, while still capable of top speeds over 26 knots.

The lower deck features a bi-level owner’s stateroom forward, which offers owners access to the pilothouse or a private entrance to the foredeck lounge. The model offers either two more double guest cabins or a twin-master layout.

The cockpit, full-beam galley, saloon and pilothouse are all on a single level on the main deck, all connected as one living space when the four-panel door to the saloon opens almost entirely. Dual sliding sunroof panels are an option. The cockpit is partly covered by the overhang and can be completely sheltered with an electrically controlled sunshade. 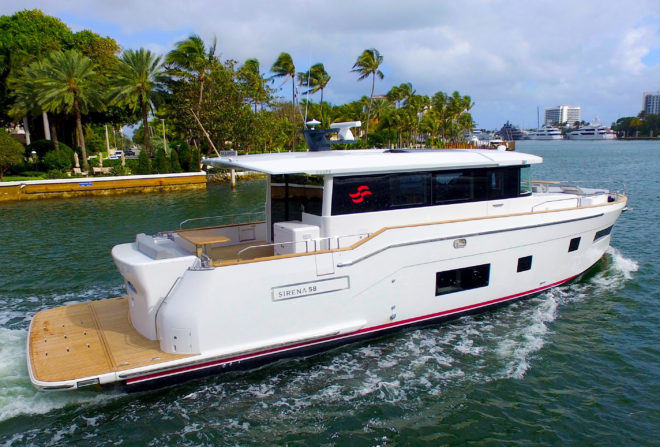 Constantinou said: “Without a staircase to the bridge, we were able to take advantage of the additional room by re-engineering the saloon doors in order to increase the onboard space. For customers who don’t need a flybridge, we feel this coupe version of the 58 offers the best of both worlds – inside-out living and incredible flexibility, both in the accommodation spaces as well as the yacht’s overall performance.”

Sirena also exhibited at Boot Dusseldorf in January, displaying its flagship Sirena 88 – one of the show’s biggest yachts – as well as a Sirena 58 and Euphoria 54.

Derani Yachts represents Sirena in Thailand, Malaysia and Singapore, and the builder recently extended its Asia-Pacific network by appointing E-Yachts for Australia and New Zealand. 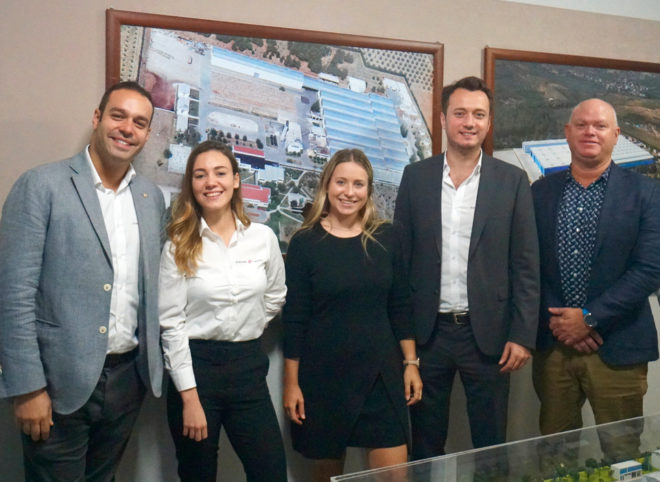 Peter Hrones, E-Yachts’ Managing Director, said: “I have been watching Sirena for two years now after introducing the 58, 64 then 88 at Cannes. There are thousands of boats at some of the big boat shows in the USA and Europe, so when a boat makes me stop and do a double take, I know it’s worth looking into. It starts with the hull. I knew this modern, semi-displacement hull and cutting bow were built for reliability and performance.”

E-Yachts is also the exclusive dealer in Australia and New Zealand for the likes of Axopar, Sealine, Greenline, Fjord, Outer Reef and Vanquish, with offices and showrooms in Sydney, Melbourne, Gold Coast, Perth and Auckland.