Triple shot! Turkish builder Numarine transferred three 26XP expedition yachts in a convoy from its sheds to the sea on the same day.

Numarine, whose dealers include Asiamarine, has now delivered a total of eight units of the 26XP expedition yacht after launching three units on the same day. Three more 26XP are sold, under construction and due for delivery this year. 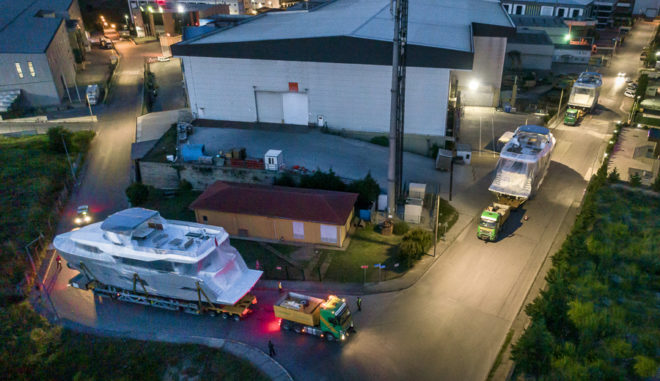 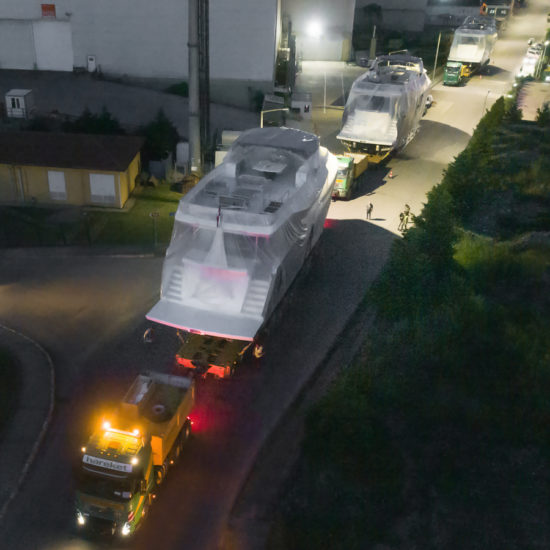 The trio of 84-footers to recently hit the water comprise the first XP Series’ yacht to have 1200hp MAN engines and a planning hull, while the other two are displacement versions with a bulbous bow for greater stability and range. The displacement version has a range of 3,000nm at eight knots, while a semi-planing hull is also available.

Omer Malaz, founder and Chairman of the Istanbul-based builder, said: “Despite the Covid-19 pandemic, Numarine continued working with the respect to all the necessary precautionary measures and ensured our staff are safe.

“These efforts allowed us to lead the projects in strict accordance with the schedule. I’m happy that we have built three more amazing 26XP explorer yachts and I’m sure they will bring a lot of joy of autonomous long-range cruising to the owners.” 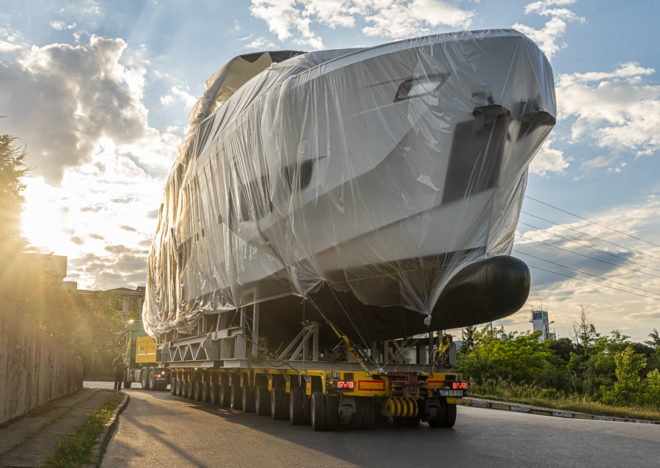 The first 26XP was delivered in 2018 and its world premiere was held at the Cannes Yachting festival, with four more units launching last year.

Can Yalman designed the 26XP’s exterior and interior, while Umberto Tagliavini handled naval architecture of a model that followed the 32XP unveiled in 2017. The 26XP has four large guest cabins on the lower deck, a large saloon with balcony and a 55sqm flybridge, big enough to store a 3.5m tender.

Numarine has also collaborated with Silent Line to reduce of noise and vibration. The noise level in the midships owner’s cabin is only 55.1dB at cruising speed and 33.8dB at anchor with generator and air-conditioning running.

Asiamarine has been a dealer for Numarine since 2013 and represents the brand in Hong Kong, Philippines, Singapore, Thailand and Vietnam.