We take a look at the present state of Genting’s Miami Marina project and continued focus on Wider Yachts. 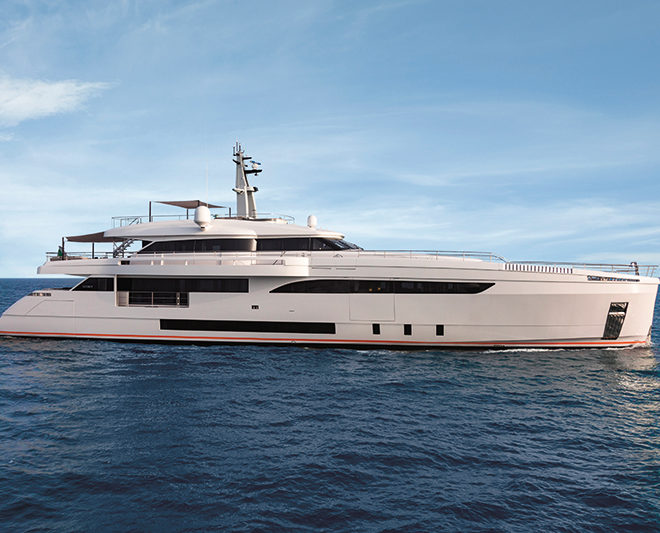 In early October, the Miami Herald reported that Genting’s attorney, Spencer Crowley, made a detailed presentation to the Miami River Commission (MRC), and the MRC voted 10-1 to endorse the idea. Genting is only eligible for eight slips at the site however, and needs approval to transfer 42 existing boat slips from two river marinas to the bay, which Crowley argues would be better for endangered manatees in the area. Slips for vessels up to 175ft or 53m are envisaged.

Genting bought the Miami Herald’s former Bayfront headquarters in 2011 for $236 million and announced plans for a massive Resorts World casino, marina and baywalk. Although the building was demolished last year, Genting has so far been unsuccessful in persuading the Florida Legislature to approve gambling on the site. Currently, it seems that the land and marina proposals are being tackled as separate rather than integrated entities, which reflects a complex approvals process.

Meanwhile, the owner of Resorts World in Sentosa, Genting and Manila, and of Star Cruises, has been helping Wider Yachts expand its acclaimed range by further investing in the superyacht sector. Tan Sri Lim has also merged his private 50% Wider Yachts holdings through Exa, into Genting Hong Kong Ltd, which is a leading global leisure, entertainment and hospitality company listed on the Hong Kong Stock Exchange.

At the Cannes Yachting Festival in September, the Wider 150 Genesi won the “most innovative” World Yachts Trophy during the usual Carlton International Hôtel dinner, while yachts paraded past the famous Croisette. Then in Monaco a few weeks later, another Genesi debut at Quai Chicane in Port Hercule, accompanied by two smaller Wider 32 Express Cruisers, saw her receive the prestigious Monaco Yacht Show-RINA Award for the most eco-friendly superyacht exhibited, in front of 350 high-profile guests in the historic Salle Belle Époque at the Hôtel Hermitage. Genesi received a perfect 100/100 score from RINA for her class-leading low levels of noise and vibration, the first time this has ever been achieved.

The vessel’s elegant silhouette was created by Fulvio De Simoni and Tilli Antonelli with Wider’s in-house design team. This is the dynamic duo behind the creation of Pershing Yachts, which was later sold to Ferretti. Antonelli has been at Singapore Yacht Shows in the past few years.

Stemming from the original Wider concept, features include a 90sqm beach club with a 7m indoor and outdoor pool, which is part of the huge 350sqm outdoor area. A 32ft rigid tender, allowing owners to enter smaller bays and creeks, is usually only available on vessels 20m longer than Genesi’s 45m LOA. There is a 75sqm owners’ apartment with sea terrace, two VIP and two standard suites, and an ergonomically-designed wrap-around bridge with attached Captain’s cabin. Another highlight is the diesel electric and azimuthal pod propulsion system. This provides Genesi with a silent “stealth mode.”

A Wider 165, Cecilia, is presently under construction. The company was established in 2010, and is headquartered in Castelvecchio di Monte Porzio. There are two separate facilities: the Express Cruiser composite range up to 42ft is based in Castelvecchio, while the Superyacht Division builds the aluminum range in Ancona, on Italy’s Adriatic Coast.

This article was first published in Yacht Style.