Fraser Hong Kong has sold the 44m Odyssey, a 2007 build by Danish shipyard Royal Denship. The transaction was an in-house sale by Adam Blackmore, who represented both seller and buyer.

Blackmore is a Sales Broker for Fraser and also Commercial Director of Asiamarine, which is headquartered in Hong Kong and operates offices across the region.

The 499GT Odyssey, which completed its 10-year Lloyd’s survey, has an attractive sundeck with a jacuzzi, barbecue and wet bar, while her interior features five spacious cabins and a gym that can be converted into a sixth. 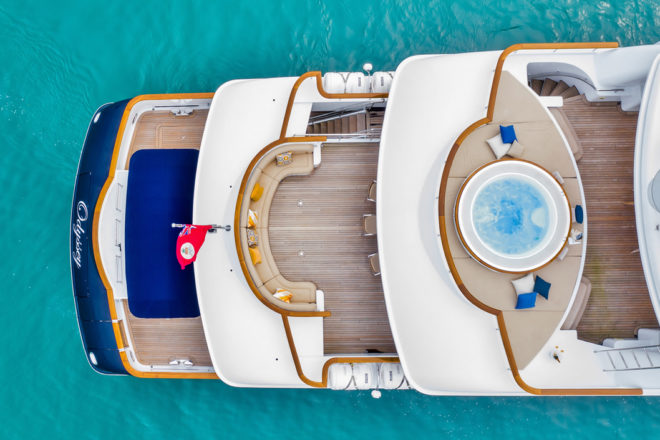 “We were able to find a buyer in just six months of listing Odyssey for sale,” said Blackmore, who has been based in Asia since 2013. “The yacht is a classical beauty, built to an excellent standard and almost silent at anchor.”

Odyssey marked the second sale of a 30m-plus superyacht by Fraser Hong Kong within three months. Late last year, Blackmore and Eric Noyel, founder and CEO of Asiamarine, represented both the buyer and seller in the sale of the 30.75m G, an Azimut Leonardo 100 built in 2012.

“I was involved in the sale of G to her previous owners and was delighted to represent both buyer and seller again,” Blackmore said. 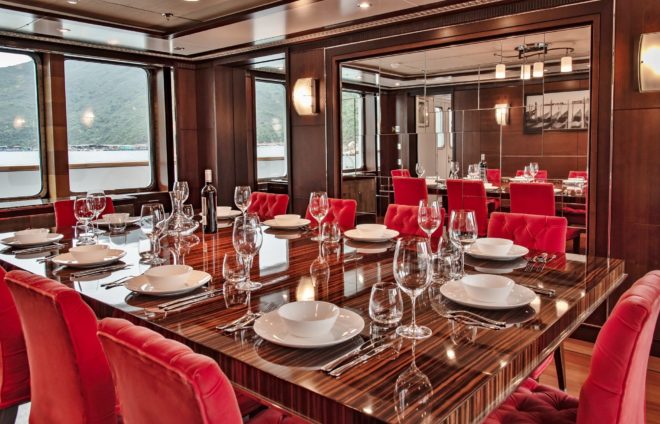 The interior of the 44m Odyssey, a 2007 build by Danish yard Royal Denship

Asiamarine is also a dealer for Poland’s Galeon, Turkey’s Numarine and American brands Hatteras and Wellcraft. In January, Numarine announced the sale of five superyachts from its XP series – hull four of the 32XP and hulls seven, eight, nine and 10 of the newer 26XP model.

“These sales indicate the relevance and popularity of the XP series,” said Omer Malaz, founder and Chairman of Numarine. “We are very pleased five more international customers will be able to experience the high quality and impeccable style of Numarine.”

As well as new yacht sales and representing Fraser, Asiamarine has brokerage, charter and management divisions.