The 51m phinisi Dunia Baru offers a superyacht safari in Indonesia that enables guests to track down a local version of the ‘big five’. 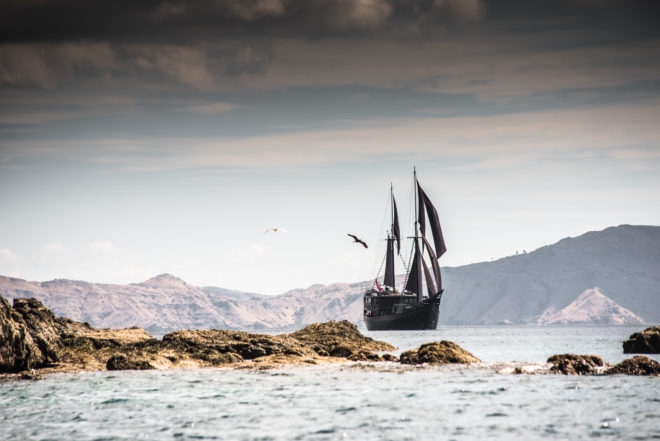 The itinerary starts in Maumere, which is a 1hr 25min flight east from Bali’s main international airport of Denpasar and sits on the north coast of East Nusa Tenggara province, home also to Komodo National Park. Dunia Baru’s smiling crew will meet you at the airport and transfer you by private shuttle to where the yacht awaits at anchor.

The yacht, which has a crew of 18 and caters to 14 guests, can first travel northeast to nearby Pulau Babi, where guests can start exploring the clear waters for the deep crack in the tectonic plate that was exposed by the 1992 earthquake and tsunami. A geological wonder, this rupture had devastating effects for the local inhabitants, many of whom live on the shoreline.

DRAGONS AND MANTAS IN KOMODO

Although the island of Komodo itself is set to close to visitors for a period of environmental recovery in 2020, other nearby islands such as Rinca, also home to the famous Komodo dragon, remain open. 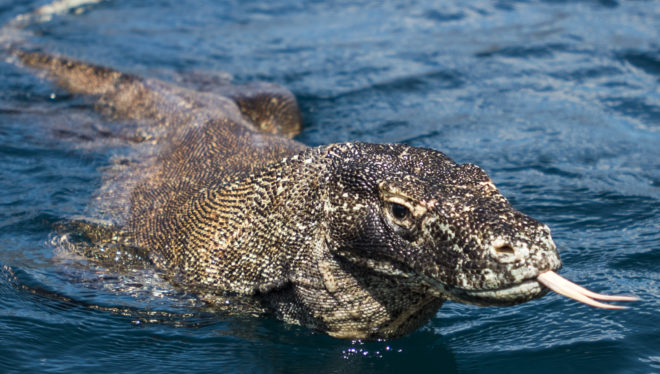 Being able to see Komodo dragons is a highlight of any venture to Komodo National Park; Photo: Tim Thomas, Jampacked Media

Step ashore and step back in time to a prehistoric age as you track Komodo dragons in their natural habitat. This incredible ancient lizard bares shark-like teeth and can produce a poisonous venom that could put a swift end to your adventuring, so Dunia Baru’s crew will ensure you make use of one of the experienced park ranger guides who are experts in Komodo behaviour and full of factual anecdotes.

The waters of the Komodo National Park are also a likely location to see manta rays. Reaching up to 7m in width, these graceful and exotic creatures glide through the water in truly mesmerising fashion. Indonesia is somewhat of a sanctuary for these gigantic cartilaginous fish and they can be seen when scuba diving or even just while snorkelling.

A scuba dive here could also result in a meeting with a black-tip reef shark. Usually found in waters only a few metres deep, you may even spot one swimming close to shore. Typically timid, this shark is not considered a danger to humans, although it can become a bit feisty if roused by food. After sailing to West Nusa Tenggara, the afternoon can be spent exploring the collapsed volcano of Satonda, which now holds a tranquil lake at its centre – ideal for a kayak or paddleboard.

Flying Fox fruit bats are rarely seen in the middle of the day and it’s at dusk that this island comes to life. The sky becomes filled with thousands of these bird-like mammals, some boasting a wingspan of 1.5m. The best view is from Dunia Baru’s aft deck or foredeck while the yacht sits at anchor.

Nearby is the much larger island of Moyo (also known as Mojo), which is worth a visit for the trek to Mata Jitu waterfall, which can also be reached by motorbike with an experienced guide. Hidden in the forest, this ancient natural wonder was formed millions of years ago and cascades over several pools. 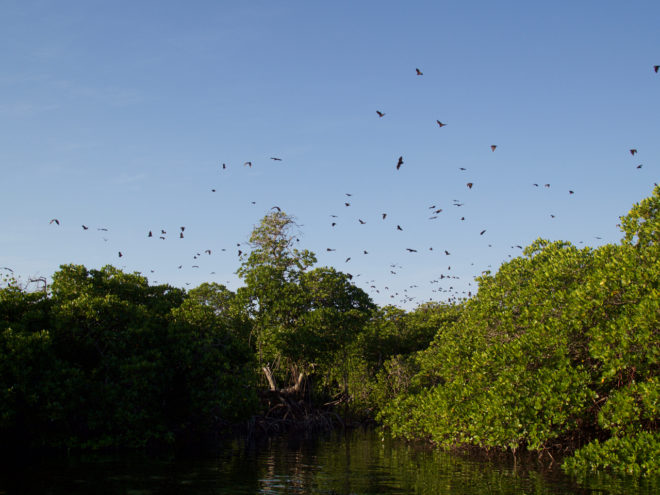 Fruit bats, some boasting a wingspan of 1.5m, generally appear at dusk

Whale sharks are seasonal and migratory to Indonesia. However, your best chance of a face-to-face meeting with these smiling giants of the sea is to search beneath a Bagan, a traditional Indonesian fishing boat. Whale sharks are known to be attracted to these and the associated fishing activity, with Sumbawa, southeast of Moyo, renowned as a popular spot.

To be sure of an encounter, Dunia Baru’s crew will happily take the tender to investigate the whereabouts of any whale sharks, conversing with local fisherman to find out where they’ve most recently been sighted. 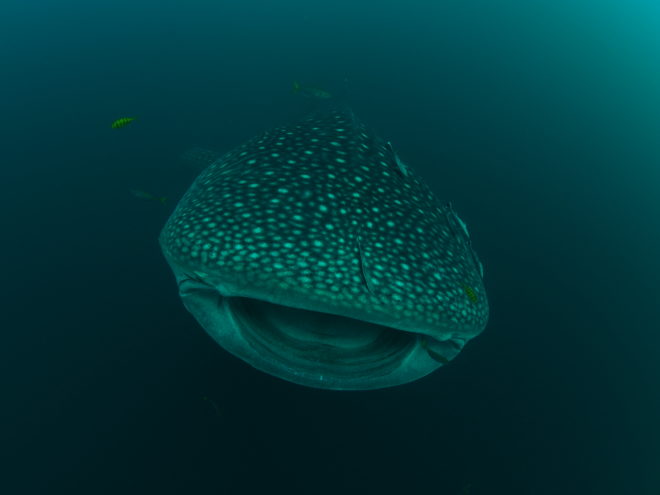 In Indonesia, whale sharks are seasonal and migratory, with Sumbawa, southeast of Moyo, one of the most popular places to spot these beautiful creatures

Any trip can also include the south of Lombok, east of Bali, as well as the Gili Islands, off Lombok’s northwest coast. A gentle snorkel off the beaches is very likely to deliver a meeting with a turtle. In fact, Dunia Baru guarantees it.

On Gili Trawangan, the biggest of the three Gili Islands, there’s a turtle hatchery that can be visited if you’d like to know more about the life of the turtles in this region and what’s being done to maintain their numbers. However, if you want an encounter of your own, head for the shores off the east coast. 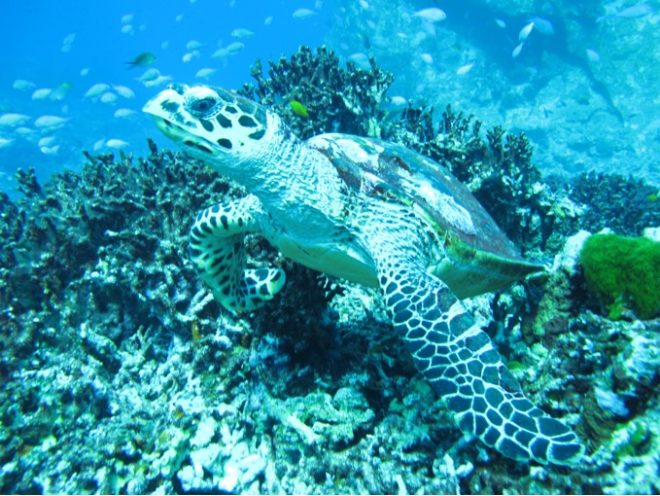 Sea turtles can be spotted around the Gili Islands

After the superyacht safari, it’s time to disembark in Bali where you may want to spend a few days indulging and recuperating at one of the many luxurious spa hotels before your onward travel home.

The Indonesians are internationally renowned for their massage therapies, which blend Chinese and Ayurvedic methods to heal, calm and revitalise. In fact, why not wind down such a trip by coming up with your own ‘big five’ massage treatments …