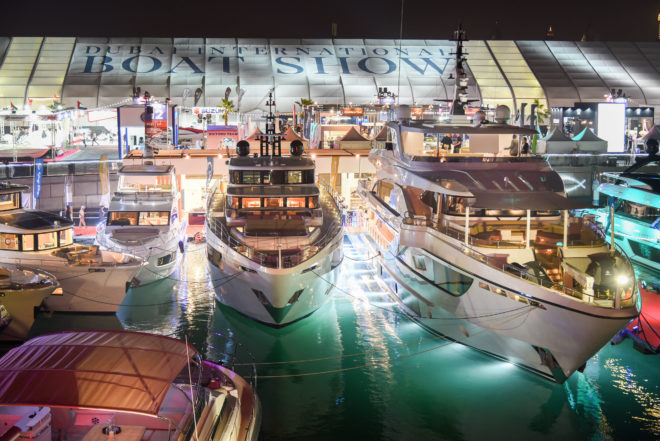 The Middle East’s biggest boat show, which was originally scheduled to be held from March 10-14, will take place for the first time at the brand-new Dubai Harbour, a spectacular venue designed to eventually house 1,100 berths and which is also home to the emirate’s new cruise terminal.

Situated beside Palm Jumeirah, the new venue is located on the site of the former Dubai International Marine Club, where the show was held before relocating to a temporary base in Jumeirah for the past two years.

Saeed Hareb, Secretary General of Dubai Sports Council (DSC) and Senior Advisor to the Dubai International Boat Show, had earlier said: “I’m delighted that the show has returned to its former home, which is now the world-class Dubai Harbour facility.”

Before the postponement, more than 800 companies and brands from 44 countries, including national pavilions from the US and Italy, were scheduled to exhibit.