We are just days away from the Cannes Yachting Festival and Yacht Style takes a look at what is in store. 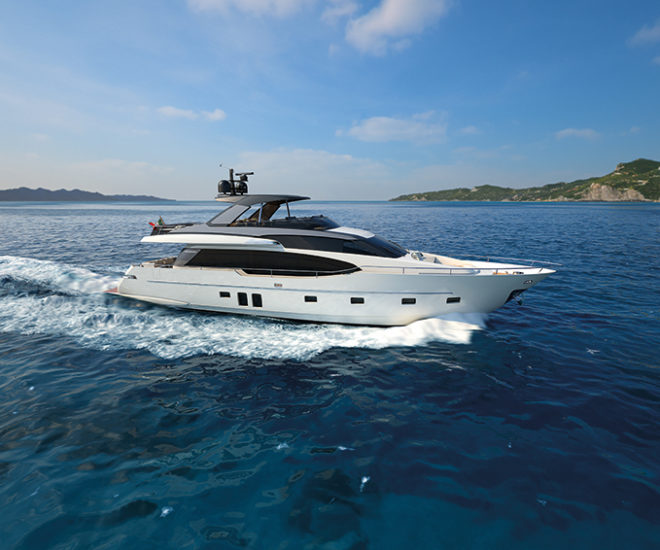 As the summer months get into full swing, the yachting world heads to the South of France for the Cannes Yachting Festival. September 6 to 11 will see more than 50,000 visitors descend on Vieux Port and Port Pierre Canto, where they can expect to see 100 world premieres and as many as 600 boats displayed both on land and in the water. The Cannes Yachting Festival is also one of the few shows where prospective buyers can conduct sea trials by testing the vessels in the surrounding waters.

The Vieux Port will be the home of many special exhibitions including the Palais des Festival. This space will include the latest water toys and tenders alongside the beach, as well as many banks, interior designers, architects and shipyards. New for this year is La Terrasse, a special area for the luxury industry stakeholders. It will include automobiles, watches, jewellery, private aviation, prestigious property, gastronomy, tableware, couture houses, leather and saddles, furniture & design, art & photography, hotel, high-tech products, perfume & beauty, premium services as well as luxury yachts.

The Jetee hosts the engine manufacturers, service exhibitors and the world’s largest shipyards. There’s the Super Yachts Extension which will feature motor and sailing yachts above 25m. Some will be as large as 55m. A tender area is also located here. A further four areas can be found at Vieux Port including the Catamarans area, the Pantiero displaying smaller high-end motor boats, the Quai Saint-Pierre with boats in the 12 to 25m range and the Quai Max Laubeuf where the festival started and where over 160 vessels will be on display. Port Pierre Canto will have on display around 50 second-hand yachts in the 22m to 50m range.

Making their premiere at the show will be the Oceanis Yacht 62 from Beneteau, the Prestige Yachts 630, two sailboats from Sirena Marine, the Azuree 41’ and Euphoria 68’ and the Numarine 78HT. The Numarine 60 Flybridge will also make its European debut. Canados will be using the show to launch the Oceanic 76’ GT, while giving a preview of the Gladiator 42’, Gladiator 76’ and Canados 971 Coliseum which will be arriving in 2017. Not to be outdone, Sanlorenzo will have the world premiere for their SL78 (pictured top). A 25m, made to order fiberglass motor yacht, with a planing hull.

On the catamaran front, Sunreef will be debuting three yachts. The Supreme 68 Power Catamaran will make her world debut and the Supreme 68 Sailing Catamaran Midori and the Sunreef 74 19th Hole will make their European debuts. Also for 2016, the Concours d’Elegance competition is back after a successful debut in 2015. This event allows owners to enter boats sized 12m or less. No more than 20 boats can compete. There will be two categories: boats manufactured before 1980 and after 1980.