Formosa, a 60m Benetti delivered in 2015, has been chartering in the Maldives during the southern summer, and now repositions to French Polynesia. Her name, by which Taiwan was known in years past, means beautiful island in Portuguese, but as far as we are aware, there are no other connections. 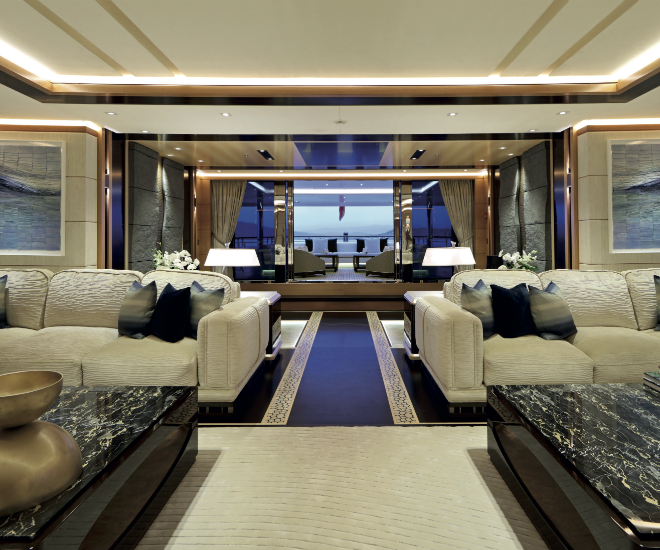 Sumptuous lounges are a hallmark of this Benetti partner Sinot design 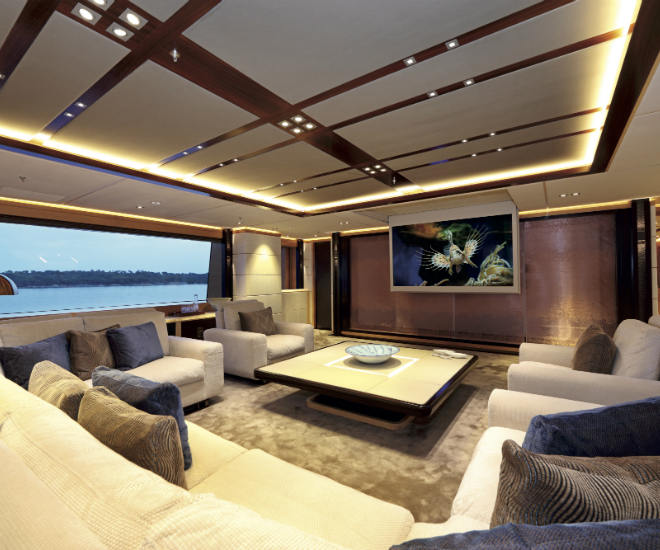 Rates are €440,000 a week, and she accommodates 12 guests in six staterooms. The layout is interesting, and a variation on other Benetti boats in this size range. A privileged owner’s suite is on the upper deck, and there are two VIP double staterooms exceptionally situated on the principal deck. In addition, a cinema, very private observation deck, and a great array of water toys are sure to keep guests entertained. An elevator is another feature, and the mandatory jacuzzi. Interior design is by Sinot.

The Leeward Islands, or Les Isles Sous Le Vent, are much sought cruising waters in French Polynesia. Here the distinctive peaks of Bora Bora are located, and nearby Raiatea, from which the Polynesians set out on their long voyage to New Zealand. Within the same barrier reef is Tahaa, where the scent of vanilla lies heavily in the air. 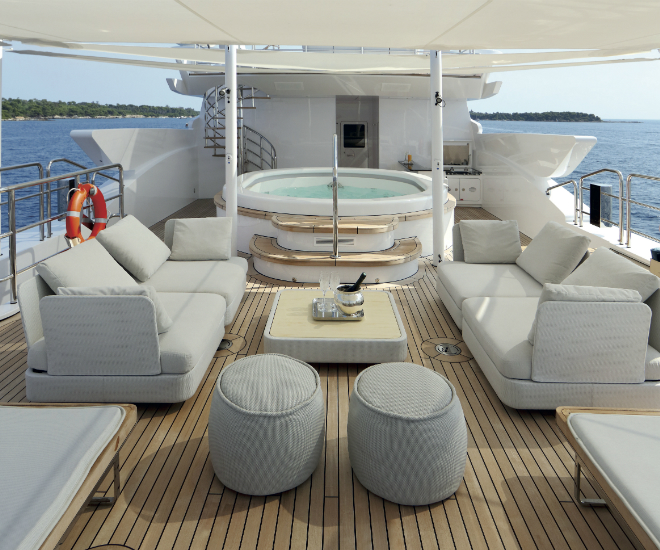 But there is always Marlon Brando’s island, or the Tuamotus, where precious black pearls are farmed, and further out the spectacularly beautiful Marquesas, but that would require separate arrangements. Hanging out in Papeete, on Tahiti, where Marina Taina for big boats is located, is worth a day or two, and some circumnavigate this island by boat or road. Here Comes The Sun is the mighty 83m Amels 272 which made her debut last year. No change from €1.2 million a week if contemplating a sojourn on this vessel, and again, 12 guests are accommodated, albeit in ten staterooms. 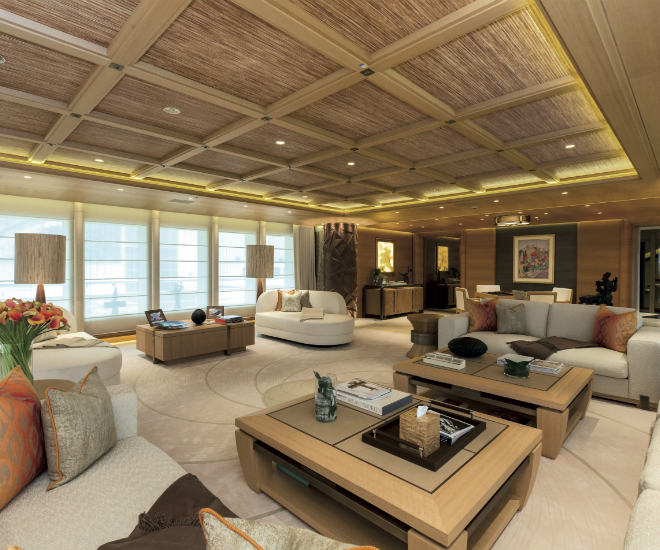 Winch Design handled the interiors. This much-acclaimed and awarded stylist has customised a stunning portfolio for the owners 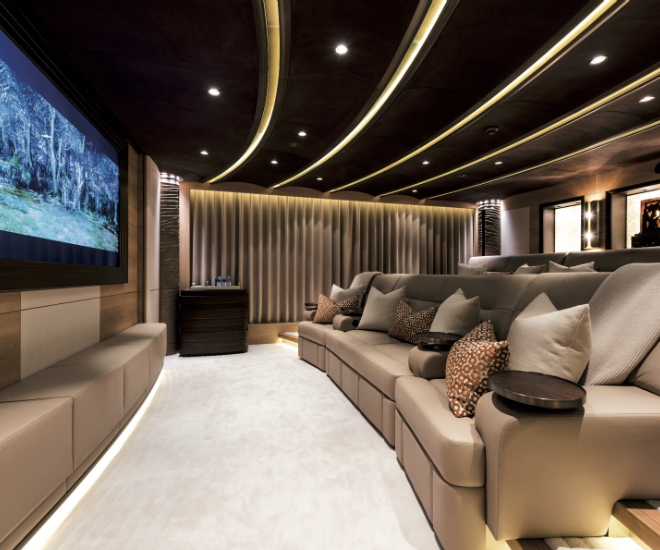 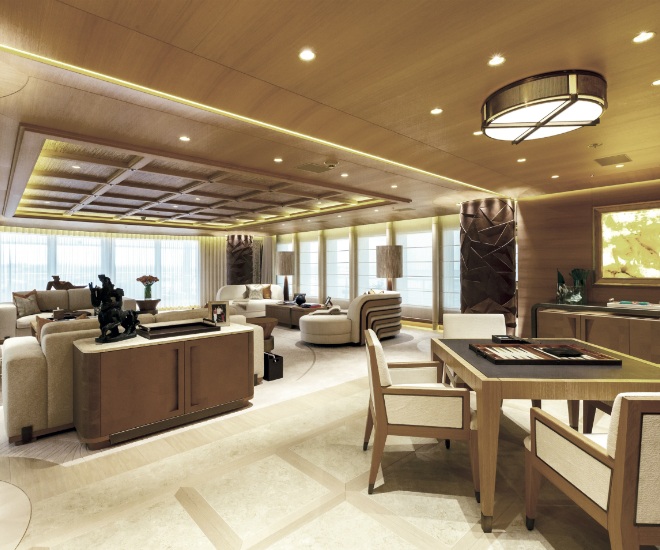 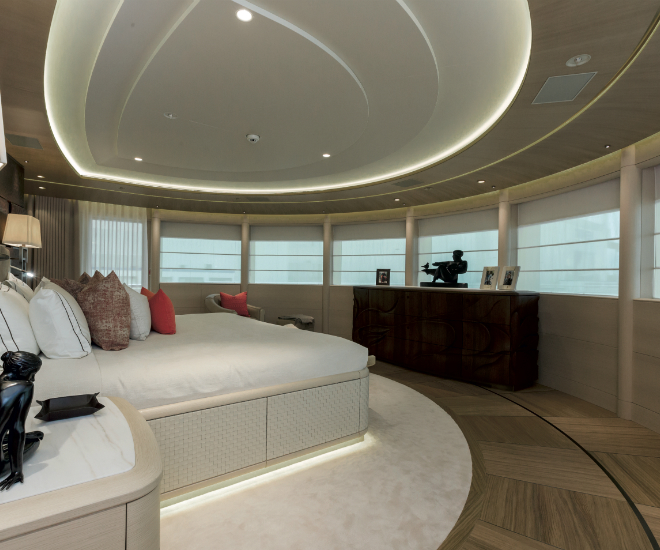 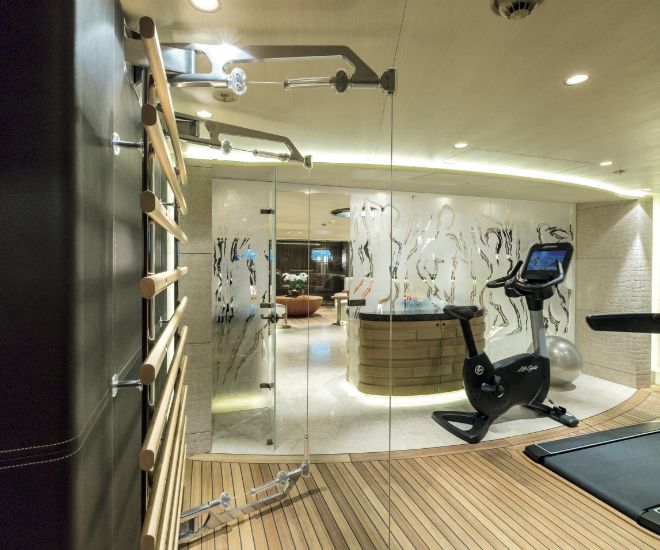 Says Fraser: “This stunning yacht, featuring graceful and elegant lines by Tim Heywood and a unique contemporary interior by Winch Design, boasts unique features, including owner’s and VIP suites on the upper deck, as well as two VIPs which can partition to become four staterooms and three guest staterooms on the principal deck.

“There are endless options for complete indulgence and entertainment. Guests will enjoy a breath-taking retreat, thanks to Captain Michael Droszcz, Captain James Griffith and their highly trained and attentive crew of 24.

“From the majestic luxury to the palatial spaces, and the excitement of active watersports to the ultimate relaxation, from the exquisite service to the delicious culinary experience, the yachting experience on board here Comes The Sun is unsurpassed.”

She too has an elevator, plus a grand piano, and elsewhere a theatre. Jacuzzi of course, and a large infinity pool. A further very interesting aspect is that she is heading down to South America, and Fraser plans to offer charters on its Pacific Coast this year.

Depending on where she ends up basing, this will bring the unusual destinations of Chile and perhaps Peru into play, although as the Chilean Coast is quite long, itineraries will presumably need to be carefully selected. Ohana has a weekly rate of €180,000 when she returns to French Polynesia next year

Askari and Ohana were included in our Charter Focus last year, and here we return to their favourite French Polynesian waters, although Ohana is not turning up again until 2019.

Askari is the sort of motor yacht that you would expect to find in the South Seas, and many years of successful charters stand her in good stead. Another factor is that she can be chartered, for ten guests, for US$85,000 a week. 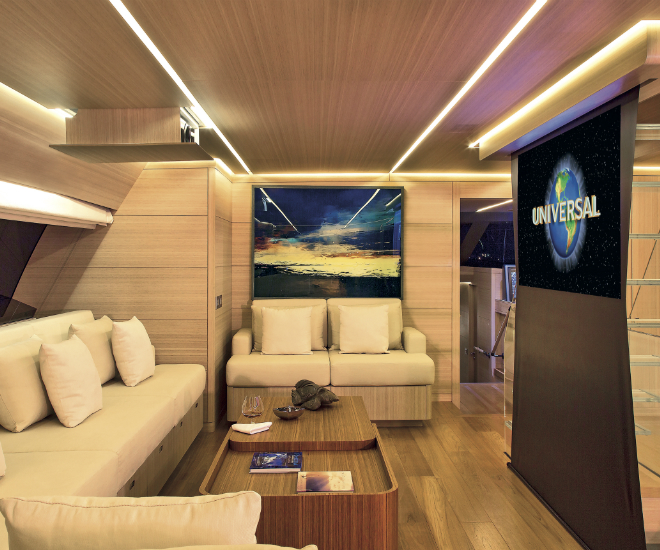 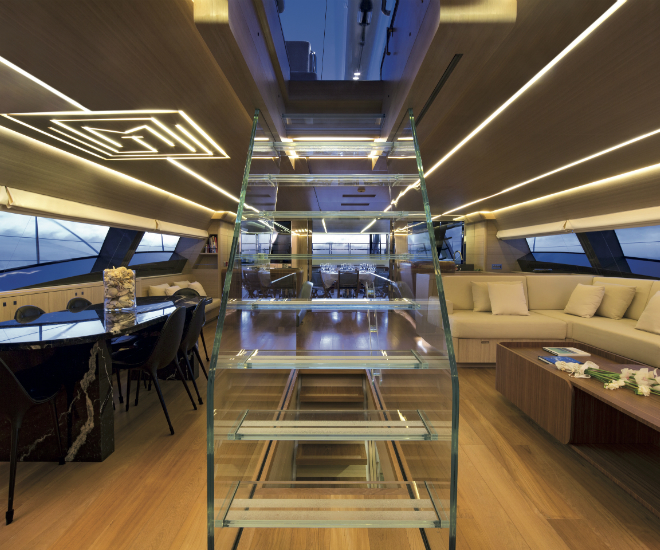 Built by Sermons in 1971, she has gradually been upgraded in her present role, and a big refit last year means everything is now in tiptop shape. One aspect that interested us was that she came highly recommended by Etienne Boutin, who has run Tahiti Ocean for many years. If these long-time port agents think she is a good deal, odds are that she is. Says Fraser: “Askari is a classical style boat with accommodation for 10 in five well-appointed staterooms. With special features such as a wet bar, jacuzzi and an impressive range of water toys, guests are sure to have a wonderful time on board. The name Askari is a Swahili word meaning Guard. She has explored some of the most remote corners of the globe, and is indeed available for longer voyages in the South Pacific.”

Askari won the Captain and Crew of the Year Award at Fraser Yacht’s annual Captain’s Dinner in 2016.