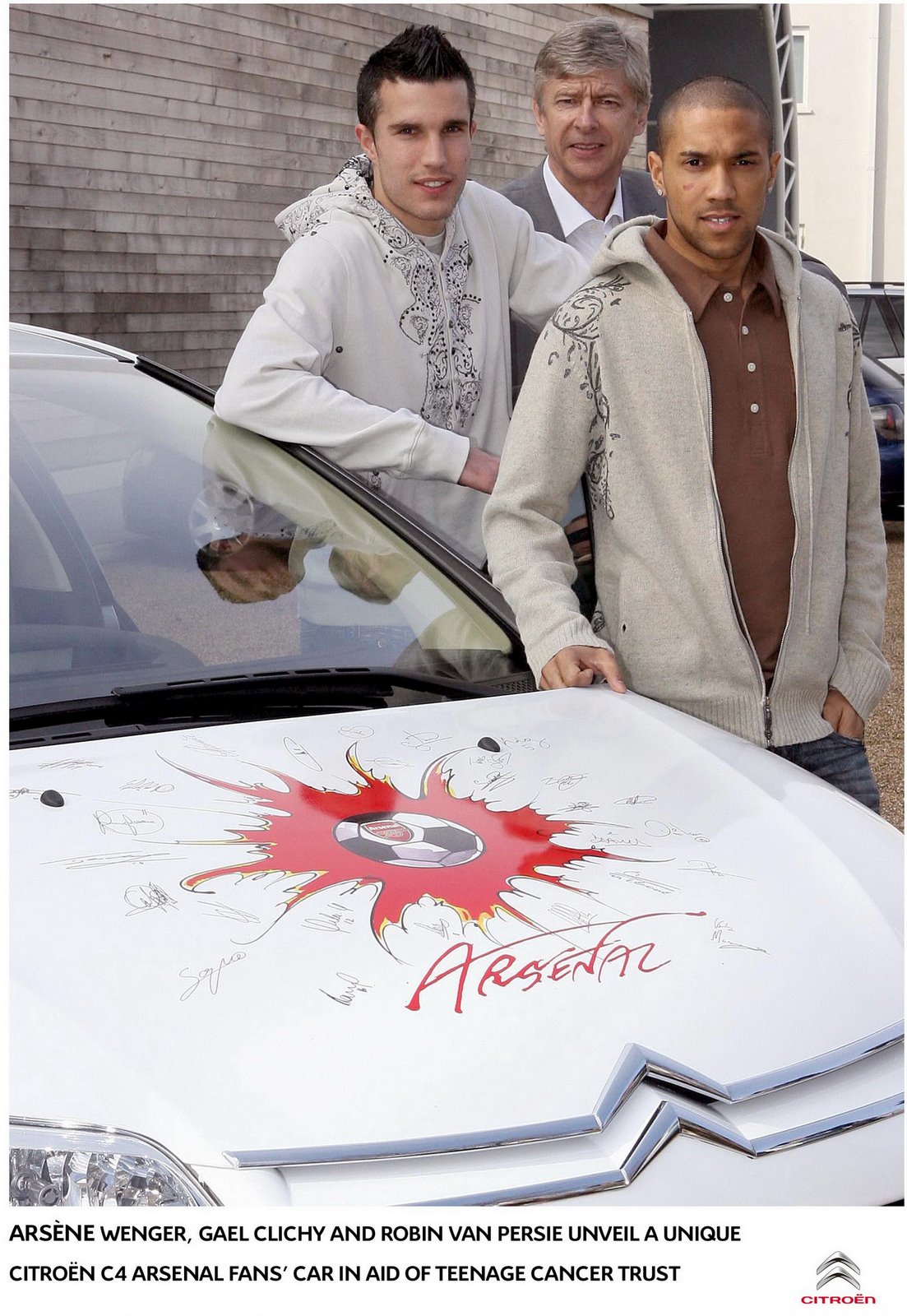 Robin van Persie, whose father is an artist, said: â€œThis is something different for us to be involved in and although we all play for the same team, we had very different ideas which can be seen throughout the carâ€™s design.

Manuel spoke of Club heritage, I had the idea of pace and style, and Gael had an all together different idea about â€˜planet Arsenal!â€™

â€œI guess thatâ€™s whatâ€™s wonderful about art and this car in particular, we all had our part to play and our own distinctive ideas.Â  I hope it appeals to supporters and ensures they keep up their amazing fundraising for Teenage Cancer Trust.Â  I hope they buy lots of tickets to try to win it!â€ Artist, Gerald Scarfe said: “I was delighted when Teenage Cancer Trust asked me to be involved with this project.

Meeting Harriet, who had cancer when she was 14, underlined for me the importance of this excellent charity, and getting together with the players and learning about Arsenalâ€™s rich heritage helped to inspire my designs for the car.

â€œI hope that fans will be queuing up to buy tickets to win this unique car, helping the Club to raise as much money as possible for Teenage Cancer Trust. The work that the charity is doing for young people with cancer is invaluable and so important in giving them the chance to fight this disease.” How to buy raffle tickets:

Â· Click here to buy tickets or email [email protected] with your details or you can call the Teenage Cancer Trust team onÂ Â 020Â 7612Â 0370 during office hours (9am-5pm) with your bank details to be in with a chance of winning this spectacular car.

The winning ticket will be drawn at Arsenal v Stoke City at Emirates Stadium on the 24th May.