From a supercar off-roader designed for city centers to a futuristic pick-up and a sportscar with a copper shell, it has been an excellent year for exciting concepts. 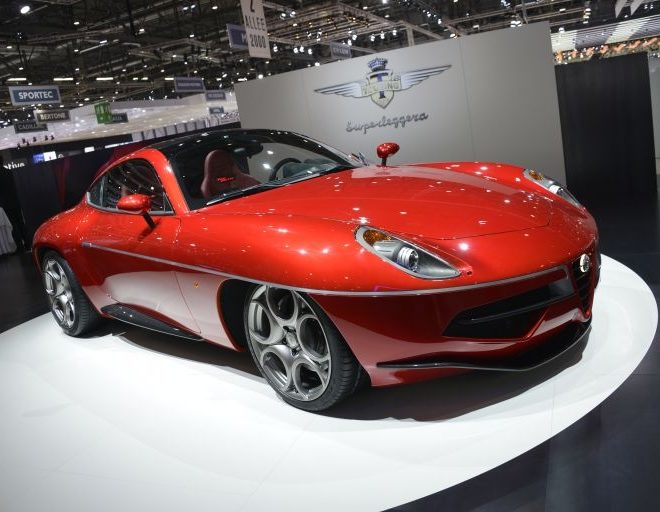 From a supercar off-roader designed for city centers to a futuristic pick-up and a sportscar with a copper shell, it has been an excellent year for exciting concepts. A look at the best at this year’s International Motor Show in Geneva, running through March 17. The ultimate off-roader for the city center, the Parcour has four-wheel drive, oversized tires, scissor doors and is based on the mechanics of the Lamborghini Gallardo – so it should be breathtakingly fast. The ‘Gloria’ was created by 20 design students from the European Design Institute (IED), in partnership with the Alfa Romeo Style Center. Unlike most concept cars on display at a motor show, this one stands every chance of becoming a reality. The FT-86 Open is based on Toyota’s much admired GT-86 hard-top coupe. Another Alfa Romeo-based concept, the Disco Volante’s curvaceous shell hides the underpinnings from an 8C supercar. The company hopes to do a limited production run; if owners of an Alfa Romeo 8C deliver their vehicle to the studio, Touring Superleggera can convert it to a Disco Volante in a little over six months for an undisclosed fee. This concept is crucial for two reasons – firstly because it celebrates the life and times of Sergio Pininfarina, one of the most important car designers of the last century, and secondly because it gives viewers a very good idea of the design direction of future Ferrari models. The Onyx uses the highest-quality natural materials in its construction and has a mid-mounted V8 hybrid engine. It’s also covered in copper, which tends to go green under oxidation. This was the first time the open-top version of BMW’s all-electric supercar was seen in Europe and even though its powerplant is nothing more than a battery, it is impressive nevertheless. This concept was first unveiled at Detroit at the start of the year, but three months on, it is still a very good-looking car and one that could become a production reality before the end of 2014. The B6 Venator, although a concept, is the clearest indication yet that Dutch carmaker Spyker has recovered from its ill-fated attempt to buy Saab and will soon return to building quirky, exciting and exquisitely finished supercars. Compared with many of the other concepts on show, this Mitsubishi is not going to win any beauty contests. However, it is by far the most practical of the line-up, boasting a 2.5-litre diesel-hybrid engine and all of the performance you would expect from a pickup.