10 interesting facts about Ferrari – Ferrari stock debuted on Wednesday on the New York Stock Exchange with an IPO price of $52 per share. 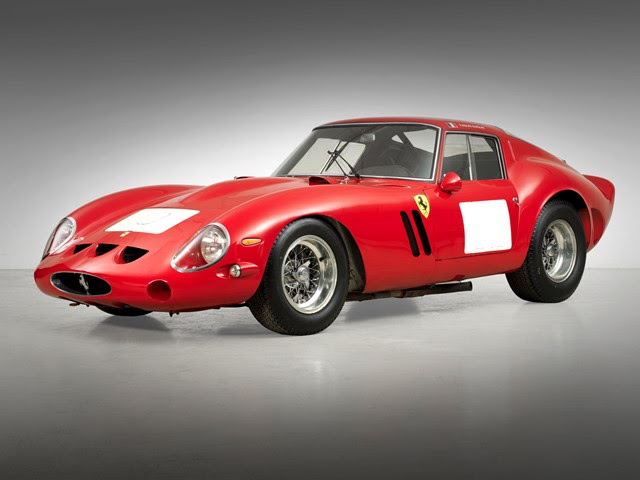 As the legendary Italian supercar maker gets ready to race onto the New York Stock exchange Wednesday here are 10 things about the marque to help you test your knowledge. To date, the most expensive Ferrari ever sold at auction – a 1962 250GTO (pictured) – is also the most expensive car of any shape or form to go under the hammer at $38.1 million. However, this December a 1956 Ferrari 290 MM once owned by Formula 1 legend Fangio is coming up for auction and it could well give the GTO a run for its money The F40, (pictured) built to celebrate the company’s 40th anniversary in 1987, was the world’s first road-legal production car capable of breaking the 200mph barrier. Considered the greatest supercar of all time, it also proved one of the company’s most popular.

Despite being prohibitively expensive at $400,000 ($1 million in today’s money), Ferrari more than doubled initial production to 1311 examples. The Ferrari LaFerrari is the company’s first hybrid hypercar and with an electric motor helping the 6.3-liter V12 work overtime, it has a combined output of 950bhp.

To put that into some perspective, the 308 GTB, the Ferrari made famous in the TV show ‘Magnum PI,’ only had 250bhp on tap. There are 32 Ferrari 250 GTOs out there, but there is one shark-nosed Bertone Ferrari 250 SWB Speciale, designed by Giorgetto Giugiaro, the man who would go on to pen everything from the Maserati Ghibli and Lotus Esprit to the VW Golf. It sold at auction in August for $16 million. Ferrari may be heading away from Fiat and onto the stock exchange, but if Enzo hadn’t called off the deal at the last moment, Ferrari might have been part of Ford instead. However, the snub was just what Ford needed to unlock its engineering genius and the Shelby Cobra, Daytona Coupé and of course the Ford GT 40, pictured, all exist thanks to Ferrari. The first Ferrari with an automatic tranimission was the 400i and the last production Ferrari to offer a proper manual transmission was the first-generation California V8 convertible (pictured).

A car designed for boulevard cruising and wind in the hair driving. Only three owners out of thousands specified the stick shift. As a result, no new Ferrari will ever be offered with anything but paddle shifts. In 1968 Ferrari unveiled a Ferrari that was a Ferrari in every way except two – it had six, rather than 12 cylinders, and it was called ‘Dino’ in honor of Enzo’s late son. It became an unexpected sensation and led to the introduction of a smaller, 6-cylinder and then 8-clyinder range of mid-engine sportscars that persists to this day with the 488 GTB. It looks like a Fiat, but underneath it’s a Ferrari. To homologize the Dino’s V6 engine for racing, Ferrari also gave the motor to Fiat to use in a coupe of its own. The result, the Fiat Dino Coupe and convertible (pictured), was just as stunning in terms of aesthetics and performance. Since 2013, 100% of Ferraris to leave the production line have featured some form of bespoke, client-specified customization, whether it be a specially mixed paint color, an individual panel trim or something much more complex. Expect that trend to continue with the new F12tdf, pictured. To put that into some perspective, McLaren says that only 20% of its production models are built with some form of bespoke customization. As well as building some of the world’s fastest cars, Ferrari can also lay claim to being the first automotive brand to successfully bring Apple’s CarPlay hands-free smartphone system to market.

The technology, which mirrors a number of apps found on the iPhone including for navigation and music as well as text messages, made its global debut on the Ferrari FF – four seat, four-wheel drive GT.