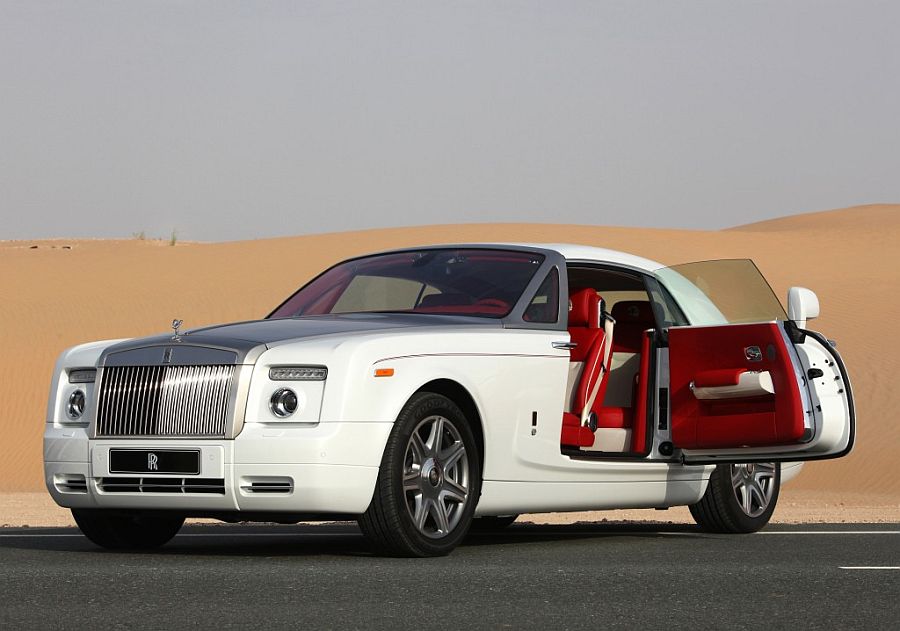 The cars are based on two different motifs which are inspired by the cityâ€™s rich culture and natural landscape.

The two Bespoke Phantoms in question are inspired by Shaheen (a very famous falcon) and by Baynounah (one of the historical places in Abu Dhabi City). The four-door Phantom draws its inspiration from the stunning landscape of the Baynunah area in the western region of Abu Dhabi, UAE.

The exterior shares the same beige and brown shades as found in the sand dunes of the region while the interior takes those same colors to enrich the beauty of the cabin. With a marquise-white exterior, featuring a twin coach line in Tudor red and offset by a red and Seashell leather interior, the Phantom CoupÃ© is designed to make a statement. With a view to highlighting the falcon and also the art of falconry, all the elements feature a distinctive, falcon motif. All the elements feature a falcon motif, from the falcon inlay in brass, chemically etched from a single piece of stainless steel, to the falcon embroidered head-rests, which encompass 11-thread colours and boast no less than 21,011 stitches per head-rest. The Bespoke Programme, which is most popular in the Middle East, is a service offered to Rolls-Royce clients for individualization beyond the option list, in order to create oneâ€™s own, unique model.