BMW’s new little M2 takes the brand back to its roots, but can it compete in this growing segment? 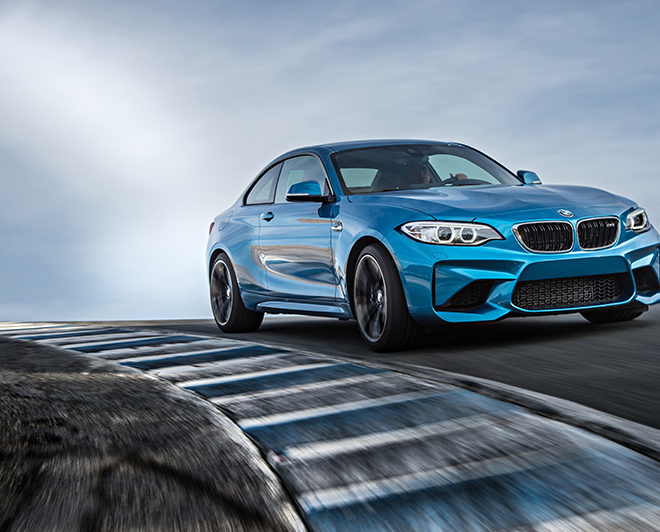 The brand new BMW M2 has received a lot of publicity the world over. With stablemates that have apparently lost their soul and become computers on wheels, the M2 is said to feel like the M cars of old. A straight 6 engine paired in this instance to a DCT gearbox, we take one out on the streets of Singapore to see what she can really do.

Getting into the M2 is familiar to getting in most BMW’s of the current generation. Comfy sports seats hug you and keep you in place, while the iDrive systems features prominently on the centre console. This car featured a keyless start system and as I pushed the starter button, the straight 6 comes to life with a typical BMW-esque burble. I select drive and pull away. Like with most modern sports cars, it’s incredibly comfortable to cruise around town in, yet when you want to drive faster, a completely different car rears its head. Stopping at a traffic light, I decide to have a play around with the iDrive system. This thing is packed with tech. Attempting to figure out how to use it all without reading the manual – like I did – will result in ages of confusion and banging your head against the wall trying to complete simple tasks. BMW were the first car manufacturer to bring out a knob scrolling command centre. Once you get the hang of how to use it, it’s amazing, however it’s a lot more complex than many of the touch screen systems. The idea is that you can control most of the functions of the vehicle using the system and it has some pretty cool features. For instance, I can connect my GoPro camera to the system and film my driving through the screen.

As I pull away from the lights and head towards some corners, the two best single aspects of the car make themselves known and I feel first hand why everyone is in love with this car. That engine is a joy, I would have preferred the manual transmission to shift gears as the DCT can be a bit fidgety, however the mere urgency the engine creates when under acceleration is fantastic. There’s minimal lag from the TwinScroll turbo chargers and the thing really pulls hard. The 0 -100 km/h in 4.3 seconds is easily achievable from the 365 hp on tap. Secondly, the car feels light and likes to play around the corners. It has electronic stability and traction systems, but they’re not overly imposing and allow for some leeway if you want to make things a little lairy. The car is confidence inspiring and things never feel uncontrollable. From a small performance sports coupe, you want it to be fun and easy to throw around. This new M2 allows for this a lot more than its bigger relatives. I was surprised at how practical the car is to use as a daily driver as well. There’s a lot of room inside both front and back. Two medium sized adults can easily fit in the rear seats. There’s also plenty of boot space. You can get a couple sets of golf clubs in there or some suitcases for a weekend away.

This car deserves a 4 out of 5 stars. It offers great performance and it’s very useable and practical as a daily drive. Go for the manual transmission and you’ll have a smile on your face. If you’re in the market for a four seater performance car in this price range, it would definitely be my top choice. Oh and did I mention it looks great?