After clocking up a success in Silverstone, all seemed lost at the start of Spa-Francorchamps, but a consistent performance saved the day, and the race. 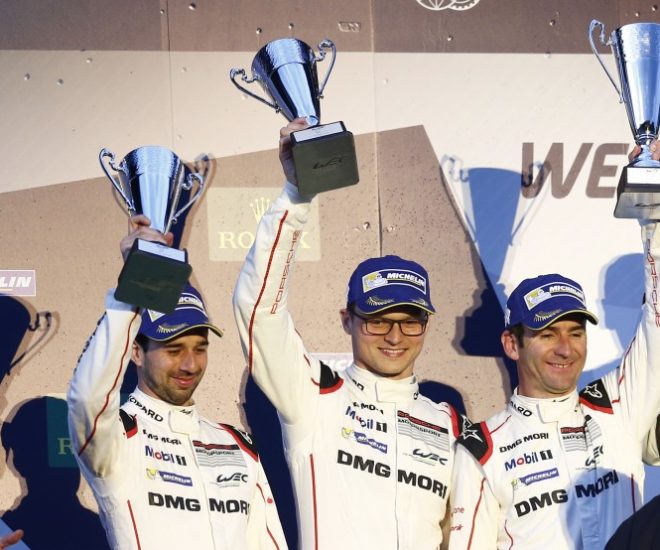 It looks like Porsche is well placed to take the lead for the 24 Hours of Le Mans 2016 after managing to finish the incident-strewn 6 Hours of Spa. Audi, who won the race, is the main threat now.

After clocking an impressive opening race in Silverstone, in which Brendon Hartley clocked the fastest lap of the race, the Porsche team clinched the surprising second place at the World Endurance Championship 6 Hours of Spa on 7 May 2016 despite several technical difficulties. Technical difficulties is putting it mildly of course.

Basically, the No. 2 Porsche 919’s hybrid system failed at the start of the race but somehow it managed to cross the line in second place anyway. This means Porsche somehow ran more than 5 hours of the 6-hour race on half the power it had and still managed the beat everyone other than Audi. Acknowledged as one of the finest in the world, the Spa-Francorchamps track, or “Toboggan of the Ardenes”, is extremely technical with its straight lines and rapid curves. Jacky Ickx, a longstanding Chopard ambassador, is one of the only two drivers to have won on both the old 14.1km and the new 7km circuits at Spa-Francorchamps.

As track temperatures rose to a scorching 50ºC, the warmer conditions provided the team an opportunity to prepare for the gruelling 24 hours at Le Mans. Five hours in, the number 66 GTE Pro Ford GT, driven by Stefan Muecke, suffered an awful crash while exiting Eau Rouge towards Raidillon, the track’s infamously dangerous section. The spin left him impacting the tire barriers at high speed, and fortunately the passenger’s side of the car took the heaviest damage. Brandon Hartley led comfortably in the early stages of the race, but his teammates weren’t as fortunate. Timo Bernhard picked up a puncture from debris and had to cruise back to the pits and Webber suffered the same fate in his number 1 Porsche 919 Hybrid. Even with an electrical issue, the number 2 Porsche team of Romain Dumas, Neel Jani and Marc Lieb managed to finish an impressive second behind the race-winning Audi.