Pagani Elevates Huayra to BC Levels

We don’t know what’s better than rare but Pagani sure does with the Huayra BC. Ahead of its global debut, it is already sold out… 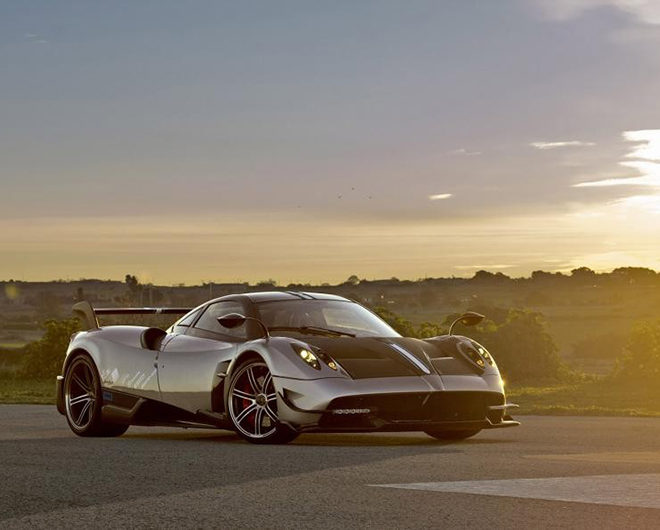 Why simply produce a rare hypercar when you can have an even rarer production run of said rare hypercar? Our guess is that Pagani was thinking exactly that when deciding to build the Huayra BC — a very special and very limited production run of the fully sold out Huayra. Those familiar with the extended run of the Zonda will be completely unsurprised by this news. Indeed, we started thinking that the brand name was Pagani Zonda!

The Italian hypercar firm – still just called Pagani – promises to deliver a car that is as remarkable as a Ferrari or Porsche sans the hybrid trickery — now that is some serious shade. The current vanilla Huayra has a six-liter V12 twin turbocharged Mercedes-AMG engine that can demolish the 100 km/h mark in three seconds. With 720 horsepower, and a top speed of 200 mph (320 km/h), we do understand why this is not simply super but hyper. At a cool million pounds, the exterior of the car is woven from a combination of titanium and carbon fiber (for an excellent power-to-weight ratio) while the interior boasts intricate leather and metalwork.

The new production is dedicated to multimillionaire Benny Caiola who enabled the firm to achieve success when he could have invested in a competitor. As such, Pagani is dedicating what promises to be their fastest, most extreme and most exclusive vehicle, to his memory. Caiola was reportedly Pagani’s first customer so the connections are powerful here. The Huayra BC (no prizes for guessing what that stands for), of which only 20 will be built, is available if you have £2.35 million to spare. The update promises to deliver somewhere between 740 to 800 horsepower bringing you to 100km in slightly under 3 seconds. Given that the car uses the same powerplant, the improvement in speed can be mostly attributed to the lighter package Pagani has deployed here.

But that’s just the start; although the new car and the existing Huayra look almost identical, save for the large rear spoiler, Pagani claims that every external panel has been redesigned to cut weight, aid downforce or improve aerodynamics. It is also why the suspension components have been made from aluminum alloys and why the usually opulent interior has been slightly pared back, to boost the car’s power to weight ratio and its ability to continue slicing through the air as acceleration increases.

The result is a car that should perform on the road and on the track but, sadly one that will most likely be put into storage the moment it is delivered. Even sadder for you, dear reader, is that all 20 models are reportedly sold out. Take heart though because the Geneva Motor Show will also see the debut of the roadster version of the Huayra BC.