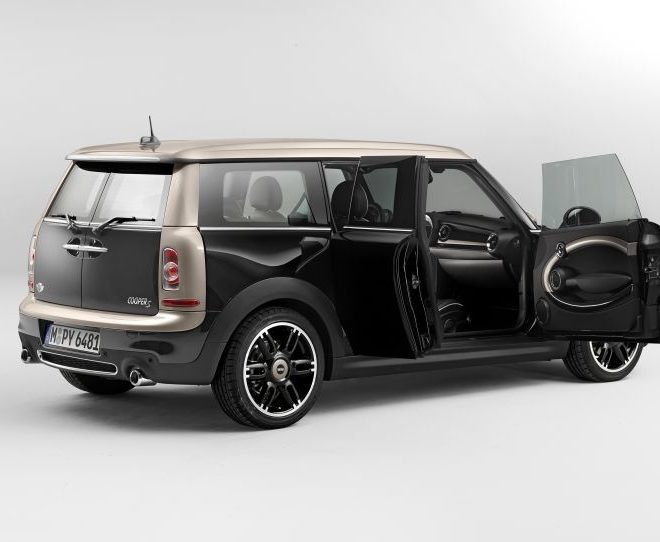 The Clubman Bond Street is the latest in a long line of London-inspired MINI special editions such as the Camden, Bayswater and Baker Street, and as such comes with custom Midnight Black metallic paintwork and Cool Champagne contrasts on the roof, wing mirrors and C-pillars and sits on a set of 17-inch two-spoke alloy wheels.

Inside, the instrument panel is wrapped in black leather, as is the steering wheel, and high-tech features include climate control, an on-board computer, a ‘Sport’ button for increased performance, stiffer suspension and driver involvement and cruise control for when the journeys become long and monotonous. Prospective owners will have a choice of up to four engine options — depending on their territory — consisting of two gas engines and two diesel-powered options: the MINI Cooper (122hp), MINI Cooper S (184hp), MINI Cooper D (112hp) and MINI Cooper SD (143hp). All engines are linked to a six-speed manual gearbox as standard, with a six-speed automatic available as an option.

The Mini Clubman, which will only be offered for a limited period, will enter production in March and will be priced at $30,000.