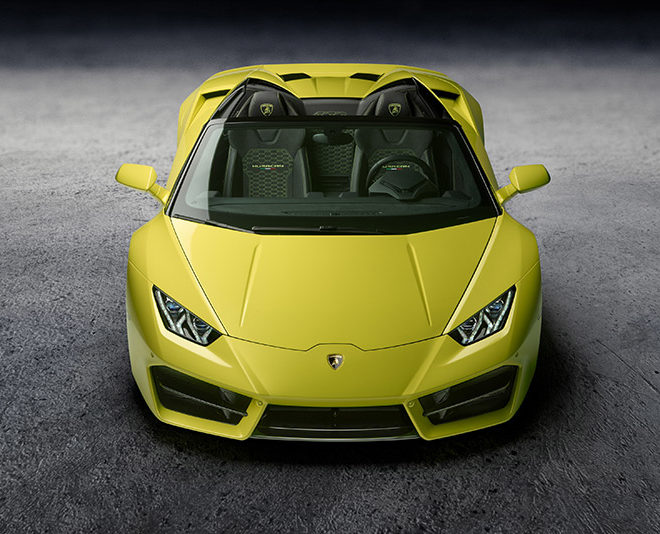 The newest member of Lamborghini’s club of supercars is the Lamborghini Huracán RWD (rear-wheel drive) Spyder, a supercar that is nonsensical in the best way.

The Huracán RWD Spyder, which made its debut at the LA Auto Show, boasts 572bhp going exclusively to the rear wheels, with a roof that goes up and down.

Rear-wheel drive is hardly the norm at Lamborghini, which has been mostly equipped with all-wheel drive (since Volkswagen took over the company). All-wheel drive wasn’t necessarily a bad decision because Lamborghini has been breaking sales records since then.

The choice of all-wheel drive adds 100% more traction, along with cutting-edge stability systems which made faster cars (every Lamborghini supercar goes beyond 200mph) while maintaining the driver’s safety. Some fans might bemoan the lack of pure fun though, which rear-wheel drive certainly supplies.

To satisfy its adrenaline-seeking fans, rear-wheel-drive-only set-up was designed for several Lamborghini supercars, starting with the 2009 Gallardo Balboni, to the compact V10. But the Huracán RWD Spyder is more than just rear-wheel-drive. It also sports a drop top. You know, the bit that goes up and down.

“This is a Lamborghini for those with a passion for life and the purest driving experience on the open road,” said chairman and CEO Stefano Domenicali. “It offers the lifestyle appeal of open-air motoring with the pure thrill of rear-wheel drive engineering.”

Indeed, detaching the drivetrain from the front wheels offers the purist the tail-out Lamborghini experience of old and also saves over 30kg in weight.

However, to ensure that the corners of drivers’ mouths stay pointing up rather than down, power from that V10 has been dialed down from 600 to 572bhp.

To further avoid public embarrassment, the external aerodynamics have been tweaked to keep the nose planted to the ground at higher speeds, a new set of tires have been developed, and the steering has been recalibrated.

But even with these extra safety-focused features, the new Lamborghini will be able to go from 0-100km/h in 3.6 seconds and beyond 200mph (320km/h) flat out.