The End of the Lamborghini Gallardo

Lamborghini has built the last-ever example of the Gallardo supercar, ten years after introducing the car at the 2003 Geneva auto show. 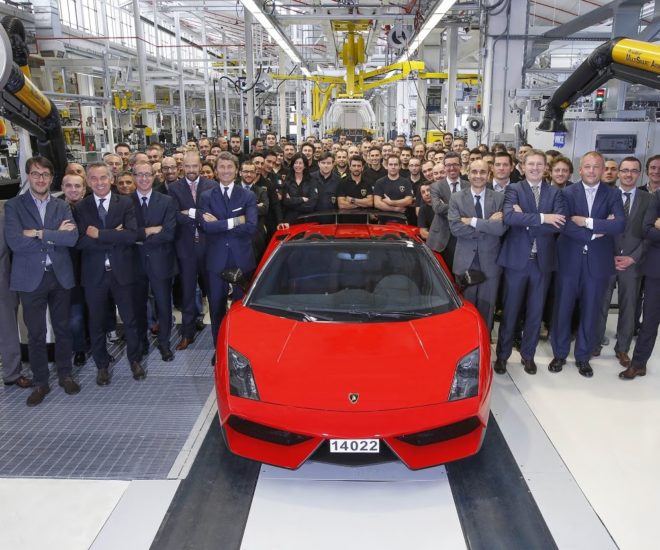 After 10 years of production and over 14,000 examples sold, the final example has rolled out of the company’s factory, destined for a private collector.

The last ever Gallardo is a LP 570-4 Spyder Performante in Rosso Mars red and it is model number 14022. All of which makes the model the most successful and popular in Lamborghini’s at times very checkered history. But it almost wasn’t the case…

The first car to be built from the ground up following Audi’s takeover, the car was regarded by many purists as too ‘German’, too well built and lacking in passion and excitement.

However the company listened to these early criticisms, and by 2005 the car’s performance and handling characteristics had been overhauled. 2005 also saw the hardtop version joined by a Spyder open-top version, which managed to recapture even more of the Lamborghini madness of models past.

The result was a car that looked incredible parked in the driveway, that put a smile on the driver’s face at any speed and that, despite lacking some of the technological gimmicks of some of its peers, could beat the refined Ferrari F430 around pretty much any track thanks to its 520bhp V10 engine and permanent four-wheel drive.

Before the Gallardo, the company’s most successful vehicle had been the Espada, the four-seat tourer built between 1986 and 1978 in a quantity of about 1200 examples. The company has only managed to sell 30,000 cars in its history, meaning that nearly half of all Lamborghinis are Gallardos.

But times change and despite a couple of facelifts and specification tweaks, the Gallardo is starting to look its age. And while it can still lap the Ferrari F430, its replacement and therefore the Gallardo’s most direct competitor, the Ferrari 458 Italia, has taken supercar performance to a whole new level.