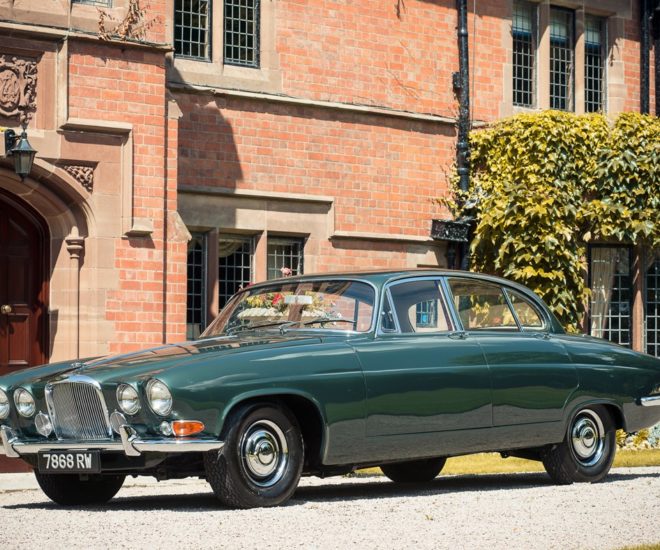 With its future secured, British luxury and sportscar maker Jaguar is now committed to finding and restoring classic Jaguars and Land Rovers and to helping its growing legion of fans buy, service and sell their vintage cars with confidence with its Heritage branch.

“I’m looking outside the workshop now and there are 18 cars out there being worked on, from XJ220s to E-Types and XJSs,” says Tony O’Keeffe, head of communications for Jaguar Heritage.

Now that the company has a very competitive current product range from the F-Type to the XE, it can finally turn to its growing ranks of classic Jaguar and Land Rover (Jaguar and Land Rover are now one company) owners and give them the support and services they need. And in doing so ensure that some of the most desirable and innovative British cars in history can stay on the road for as long as possible.

“The key thing is timing. We are in a position where we can really concentrate now on our heritage,” O’Keeffe explains.

That means moving into a new 12,000 square meter facility that can restore and service classics and offer driving experiences. “People can come and sample a classic if they don’t have one,” says O’Keeffe of inspiring the next generation of collectors. “We want to put fun back into classic ownership and give protection to our brands, too,” he explains.

By protection, that initially means authentication – ensuring the provenance of existing restorations. The 1961 Jaguar Mk X owned by Jaguar’s founder, Sir William Lyons, came up for auction in September and although it underwent a ground-up restoration by specialists, it was sent to Jaguar Heritage for approval, before being entered in the Silverstone Auctions’ Salon Privé sale catalogue.

The Art of Restoration

As for Land Rover, its new Defender Reborn program where it looks for Series One Land Rovers to perfectly restore and sell to fans is oversubscribed. “[There was] an initial plan of just doing 25,” explains O’Keeffe, “But that has quickly doubled. The demand for that has been amazing.”

And it is not just Land Rovers. In July Jaguar started building nine perfect replica XKSS racing cars to replace nine originals built in 1957 that were destroyed in a fire before they could be delivered. Despite a £1 million+ price tag, they’re sold out. “By the end of the day we had sold all nine and we had a further 20 disappointed potential buyers,” says O’Keeffe.

This renewed excitement around the brands’ illustrious past is why Jaguar is now looking to every aspect of classic ownership to see where it can make a difference, potentially even opening showrooms dedicated to selling concours-class XK120s and E-Types. But it’s one step at a time.

“We have lots more things planned and lots more announcements to make this year and next year. But you have to do it right,” says O’Keeffe. This weekend in Singapore, check out what’s happening at the SINGAPORE RENDEZVOUS as a select group of classic cars pulls up onto the lawn. There will also be a short discussion on classic car ownership, presented by our friend Eli Solomon. Tickets are available for sale here.