The Internet is all abuzz because this not-so-gentle giant might be the fastest road-legal four-seat convertible in the world. 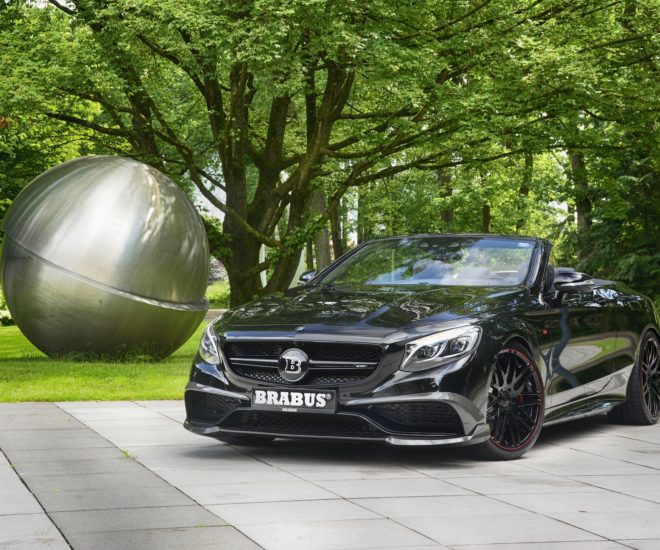 If we know anything at all about Brabus, it is that Brabus cars are either fast or powerful…well more than likely they are both, as is the case with the 850 6.0 Biturbo Cabrio. The Internet, the blogosphere and the Thunderdome are all abuzz because this not-so-gentle giant might be the fastest road-legal four-seat convertible in the world. This is no showhorse either because it is both real and is really for sale.

How fast, exactly? The German tuning firm says that the car, based on a Mercedes S 63 Cabriolet can hit 350km/h (that’s 217mph for the metrically challenged). That makes slowpokes out of the Audi R8, Bentley Continental GT Speed Convertible, Porsche 911 Turbo S Cabriolet, Ferrari 488 Spider, McLaren 650S Spider and any series production Lamborghini other than an Aventador. Even the Aventador is merely equal to the Brabus 850 6.0 Biturbo Cabrio because both top out at 350km/h.

All of those performance stats working in harmony equate to a 0-100km/h time of 3.5 seconds, a 0-200km/h time of 9.4 seconds and, so claims Brabus, an electronically limited top speed. The tires of the 850 6.0 Biturbo Cabrio can’t handle more than 350km/h, even if the rest of the car can.

To achieve those sorts of numbers, Brabus has had to almost completely rebuild the Mercedes’ stock V8: increasing capacity to almost 6 liters from 5.5. Adding its own turbochargers, crankshaft, pistons, connecting rods and even re-machining the cylinder heads to ensure the biggest bang possible with the least possible waste on every revolution.

The engine also breathes better thanks to new intake manifold, exhaust and bigger air filter boxes. The finishing touch is real gold in the engine bay for heat shielding the turbos’ intake and charge-air pipes.

The exterior has needed some serious aerodynamic upgrades to reduce drag and to ensure it stays on the road rather than entering a near-Earth orbit when approaching top speed. They include a new lower front spoiler, larger side air intakes and a redesigned rear air diffuser. All of which have been wind-tunnel developed, made from carbon fiber, and will be made available to S Class owners who want to improve or individualize the look of their cars without the total engineering overhaul.

However, like with all things Brabus, despite the incredible retuning, the 850 6.0 BiTurbo Cabrio comes with a three-year, 100,000km warranty.