The Italian stalwart dresses the doe-eyed actress with specially-designed pieces for the movie. 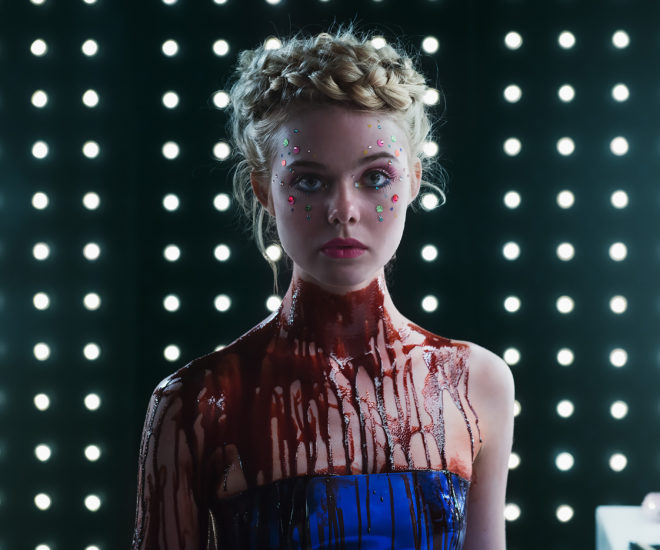 Giorgio Armani delves into the world of filmmaking once again for Neon Demon, a thriller starring Elle Fanning and directed by Nicolas Winding Refn.

This adult fairy tale tells of aspiring supermodels chasing youth and beauty in Los Angeles, with a focus on the doe-eyed protagonist Jesse’s (Fanning’s character) downward spiral. The movie sees her dressed in an Emporio Armani metallic blue strapless top with a matching skirt in the movie’s opening scene, and several other outfits from the designer throughout the film. “I was lucky to have access to such a unique collection of beautiful pieces that helped elevate the look of the film,” explained costume designer Eric Benach, who received a Costume Designers Guild Awards Nomination for her work on the Oscar-nominated film Drive, also directed by Refn. Armani’s accolades in Hollywood costume design started in 1980, where he dressed Richard Gere in American Gigolo and subsequently other movies like The Untouchables, Ocean’s Thirteen, Mission Impossible: Ghost Protocol and The Wolf of Wall Street.