The 10 most expensive cars ever sold at auction

A round-up of the most expensive cars ever — in absolute terms — to go under the hammer. 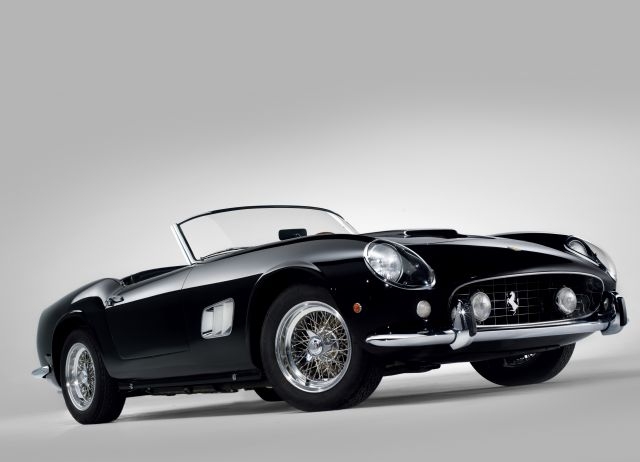 A round-up of the most expensive cars ever to go under the hammer.

Head and shoulders above all of the cars in the list. It is so rare that only three examples plus their prototype were ever built. This buyer was anonymous but Ralph Lauren is one of the other two very lucky owners. Bought by British radio and TV personality Chris Evans in 2010, the GTO is the most prized vehicle in Ferrari collecting circles. Only 36 were made and only 2 examples have found their way to auction in the last 18 years. Sold at auction to an anonymous Japanese bidder in 1987, if the list was adjusted for inflation, it would be second. It is rumored to be about to come back on to the market and this time it might make the top spot. In 2007, Formula One boss Bernie Ecclestone set the record when his sold for $6.3 million. The record was broken at Pebble Beach this year when one of the other 26 examples went under the hammer for almost twice as much. The most expensive American car ever sold at auction, the GT40 is from Ford’s racing heyday when it beat Ferrari at Le Mans. This one is even more special as it belonged to Steve McQueen. Also known as the California, this Ferrari once belonged to James Coburn. Like the 250 GTO at number two, it was bought by Chris Evans in 2008, who subsequently sold it in order to finance the acquisition of the GTO.

This car was actually owned by the Bugatti family before finding its way over to America in the 1950s. Originally built for European royalty the car was a complete disaster when launched, coming on to the market at the height of the great depression. The most expensive British car ever to sell at auction, it went under the hammer at the Goodwood Festival of Speed this year breaking the record previously set by a 1904 Rolls Royce 10HP in 2006. A serious racing car even by today’s standards, it reached a record price after some serious restoration work. It had been involved in a serious crash in 1963, a year after winning Le Mans.