The Buick Y-Job, the world’s first concept car, is being added to the National Historic Vehicle Register. It was literally called The Car of the Future. 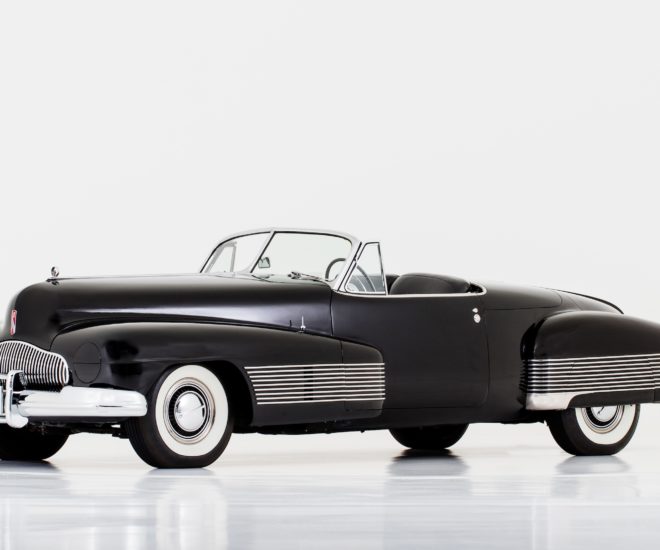 The Buick Y-Job, the world’s first concept car on record, is being added to the National Historic Vehicle Register (NHVR). It was actually called The Car of the Future, when it was introduced to the world; the Y-Job name was a designation chosen by the legendary designer Harley J. Earl.

A cross between the Automotive Hall of Fame and a Library of Congress, the idea behind the Historic Vehicle Association’s NHVR is to preserve for eternity the most significant cars in US motoring history.

And very few cars can claim to have as much cultural or historical influence on the shape of the US motoring industry than the car that was called Y-Job by the Buick engineers and designers that created it in 1938/1939 and as “The Car of The Future” when General Motors unveiled it to an unsuspecting public in 1940.

The car’s creation was overseen by Earl, the man responsible for the Chevrolet Corvette, the wraparound windshield, two-tone paint finishes as a standard production car feature, tailfins and the use of clay to create physical models of cars before going into production, Y-Job really was ‘the shape of things to come.’

It was low, wide, did away with running boards, boasted retractable headlamps, the tailfins that would become the iconic design feature of 1950s American cars, and its convertible top disappeared completely into the body.

The Y-Job wasn’t just a concept though. Earl drove around Detroit in a working model of the Y-Job at least until he replaced it with a 1951 model. He chose the “Y” in the name for a couple of reasons: “X” was used for experimental cars so Earl just went for the next alphabet but “Y” was also used in the aviation industry for the most advanced prototypes, a fact Earl was aware of.

“Harley Earl and the Buick Y-Job expanded the boundaries of car design and drew the blueprint for concept vehicle design and execution,” said GM Global Design Vice President Michael Simcoe. “We thank the HVA for ensuring the world’s first concept car is documented and preserved for future generations.”

As well as recording and preserving every document and piece of engineering data associated with the vehicle, the Y-Job has also been digitally scanned and photographed so that a perfect virtual 3D model of the car will be preserved in perpetuity.

The Y-Job is just the 14th car to be added to the register, which is supported by the US Library of Congress and is the first to have been digitally preserved at the new HVA National Laboratory in Allentown, Pennsylvania. As well as scanning and photography studios, the new facility also has a test track that the HVA will use to capture the unique sounds and aerodynamic movements of legendary cars as part of the preservation process.