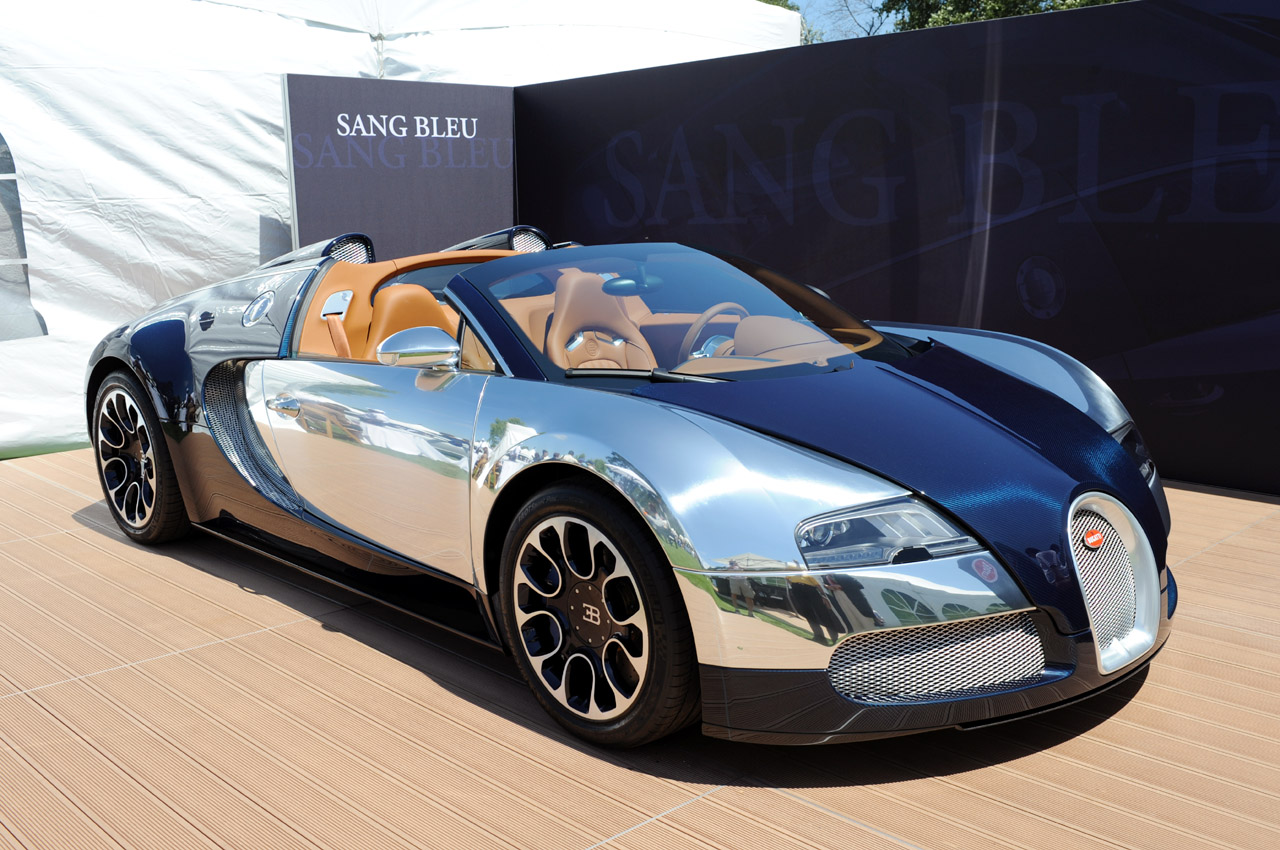 The cockpit is trimmed in gaucho leather. Like all Veryons, the Sang Bleu features a potent 1,001-horsepower W-16 quad-turbocharged engine and all-wheel-drive powetrain.

It shares the rest of its technical specification with the Grand Sport on which it’s based. Designed as an homage to the marque’s heritage during its 100th anniversary celebrations, the Sang Bleu is also far more exclusive than the 15-car Sang Noir run, since it’s a one-off exercise. The Volkswagen group aquired the rights of the Bugatti marque in 1998 and revived the marque.

In March 2006, the first Bugatti Veyron built by Bugatti Automobiles S.A.S. was delivered

BUGATTI says it has sold 250 of those cars, including 20 Grand Sport models, and has delivered 215 cars to customers.