The Dakar Rally kicks off in Buenos Aires, Argentina, on January 3 and you can follow it live in 190 countries or anywhere, online. 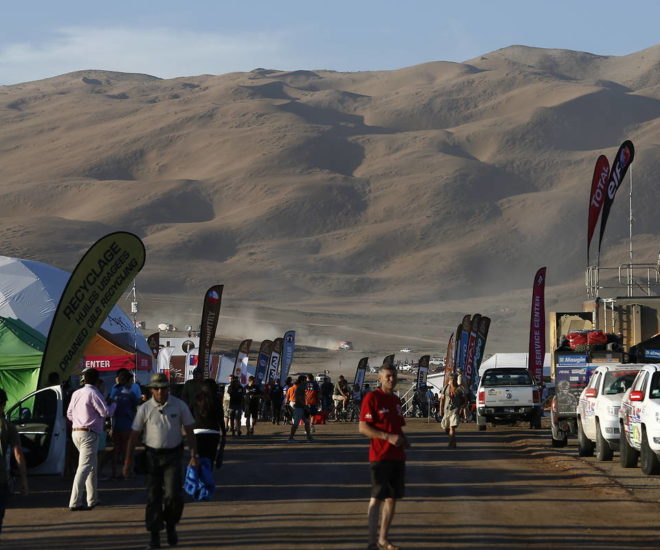 The Dakar Rally – the most famous endurance race in the world – kicks off in Buenos Aires, Argentina, on January 3 and you can follow it live in 190 countries or anywhere, online of course. This year, the most challenging of the world’s rally-raid events will take the 556 participants to Argentina and Bolivia. A total of 354 vehicles – motorbikes, cars, quads and trucks – will cover around 9,500 km in 13 stages. The rally will end in Rosario, Argentina, on January 16.

Since 2009, the mythical Paris-Dakar rally has taken place in South America. This year, the competitors will be racing over highly varied terrain in Argentina and Bolivia. As always, they face formidable costs. For some context, participants pay a minimum of US$70,000 for the privilege of racing; that cost is for racing on motorbike and does not include the cost of the vehicle itself or insurance. A typical racer using an off-roader might pay upwards of $300,000 for gear and services.

We know at least one luxury brand making tracks at this race, as reported on here.

Since its launch in December 1978, the rally has been held every year between the end of December and mid-January, initially in Europe and mainly in Africa.

The competitors include 10 women (seven drivers, three co-drivers) and Yoshimasa Sugarawa, a 74-year-old Japanese man who will be driving a truck. The youngest participant is an 18-year-old Argentinian, Juan Agustín Rojo, who will be riding a motorbike.

The rally has 13 stages with constant changes of pace due to the alternating sandy and stony terrain. A total of 9,500 kilometers with a few new aspects to the race to make it an even tougher challenge, namely a reduced number of checkpoints, as well as less information and descriptions on the pared-down road map.

The race will be a challenge in human and technical terms. The drivers and their crews will spend four days at altitudes of over 3,000 meters including one point at 4,592 meters, the highest in Dakar history, when they enter Bolivia. In the middle of the race, the competitors will have to cross the largest salt flat in the world, Salar de Uyuni, at altitudes of over 3,500 meters. The tenth day will present another challenge in the form of the dunes of Fiambala in Bolivia with an off-road section.

In about 190 countries, 70 channels will broadcast the event. You can also follow the race on the official website, which provides live coverage of the competition in three languages, including stage times, real-time classification, end-stage interviews, race reports, detailed info on the drivers, and photos.

The smartphone app for Dakar 2016 will provide access to all of the above information and so will the Dailymotion official Dakar Rally channel.