Only 46 ever produced, models like this 1962 Ferrari 400 Superamerica Series I Coupe Aerodinamico were famed for their bespoke commissioned editions. This model retains its original finishing and interiors. 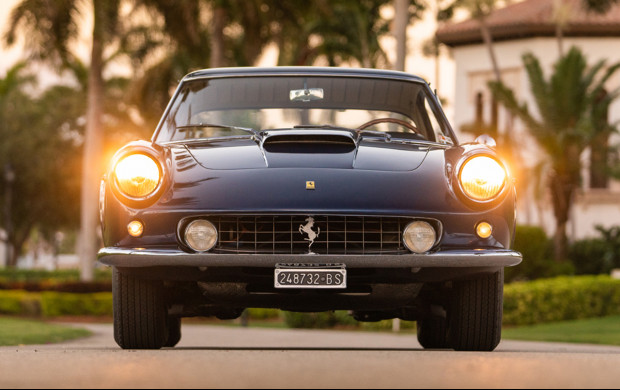 During the glorious Age of Automobiles from 1950s – 60s, the Ferrari America was a series of Maranello’s top-end Ferrari grand tourers, often with their most powerful V12 engines (developed for F1 no less) and custom bodywork. Unveiled in cabriolet form at the 1960 Brussels motor show, the Ferrari 400 Superamerica with Pininfarina custom coachwork was visually decadent, conveying both power and prestige of the muscle cars of that era like 250 GTs.

Only 46 ever produced, models like the 1962 Ferrari 400 Superamerica Series I Coupe Aerodinamico were famed for their bespoke commissioned editions, with each example reflecting their individual owners’ specific desires and personal specifications, the pinnacle of bespoke individualisation of 60s high net worth individuals. 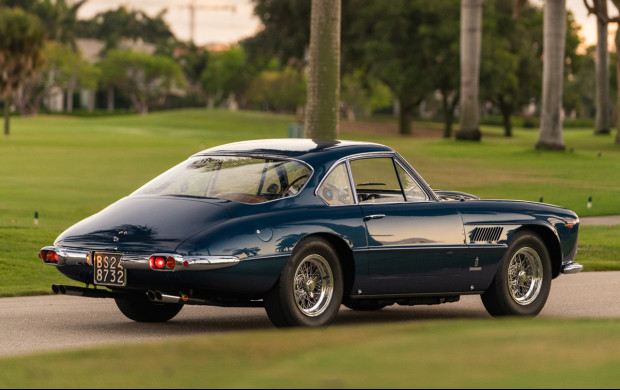 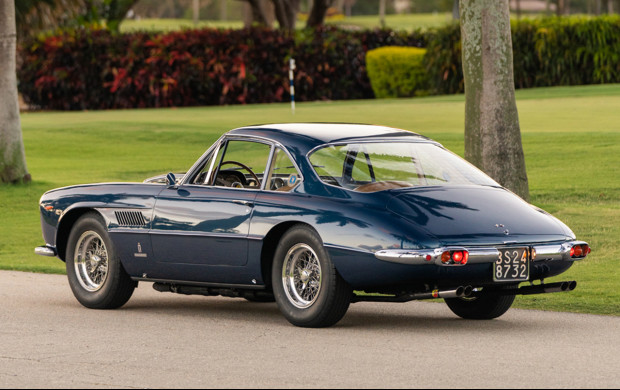 Designed from the outset to provide a sportier and more satisfying driving experience than that of its predecessor, the 400 Superamerica came with then state-of-the-art innovations like four wheel disc brakes and fully synchronised four-speed overdrive gearbox and telescopic shock absorbers, built upon a shorter chassis (95.2 inches versus 192.3 inches). 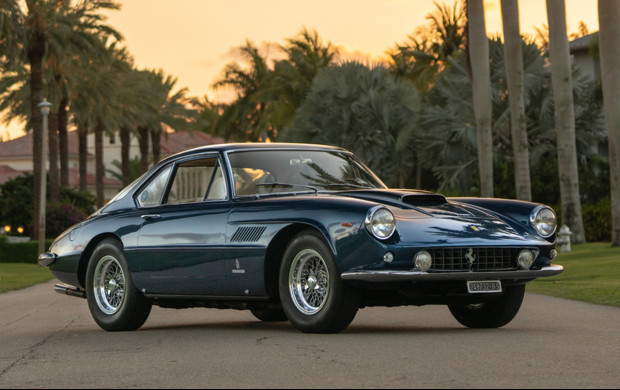 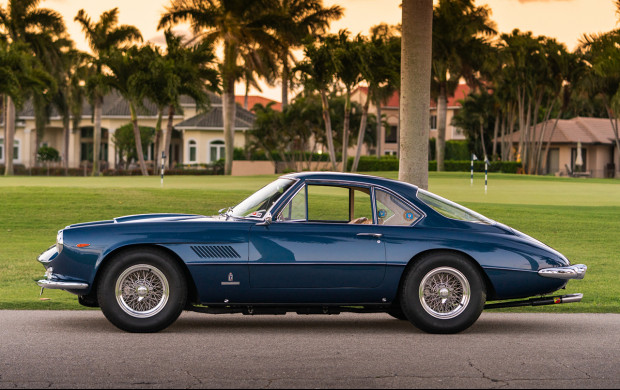 Though Maranello often cited that the Ferrari 400 Superamerica had 400 horses (mistaken by some collectors as a hat-tip to Superamerica’s naming nomenclature) under the hood, the truth was, even at the more accurate 320 hp rating, the 400 Superamerica Aerodinamico was still the fastest road-legal car of its era, topping out with a maximum speed of 160 mph. 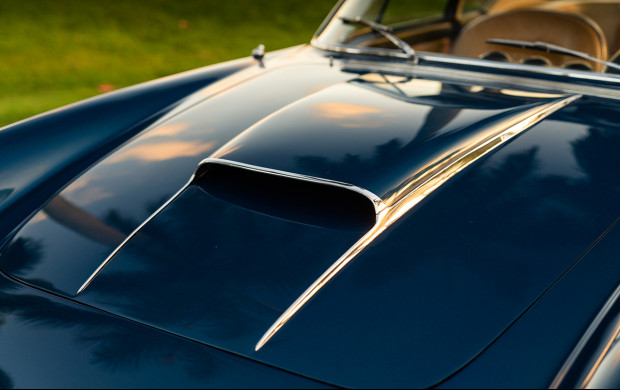 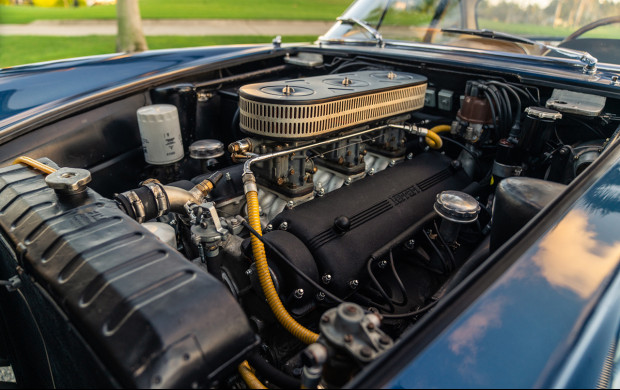 Production ran from 1959 to early 1964, the 46 models are usually divided into two groups – Superamericas with Pininfarina coachwork and the other with Scaglietti coachwork. The former group included 25 specimens with the 95 inch  wheelbase “Series I” Coupe Aerodinamico body including the 400 Superamerica 3361 SA up for sale today.

Impeccable provenance, this 1962 Ferrari 400 Superamerica Series I Coupe Aerodinamico offered by Gooding and Company has been well documented by notable classic Ferrari historian Marcel Massini and this model with chassis no. 3361 SA, is  just one of 14 short-wheelbase aerodinamico coupes ever built. Paperwork accompanied the auction specimen shows that it entered the hands of Pininfarina in 1961 where it then received its elegant Blu Notte bodywork and sumptuous natural leather interiors. The Ferrari 400 Series I coupe was completeled in March 1962 where it was then sent to Switzerland to exhibit at the year’s Geneva Motor Show along side its cousins, the “Superfast III” (chassis 2007 SA) and 400 Superamerica Cabriolet (chassis 3309 SA). 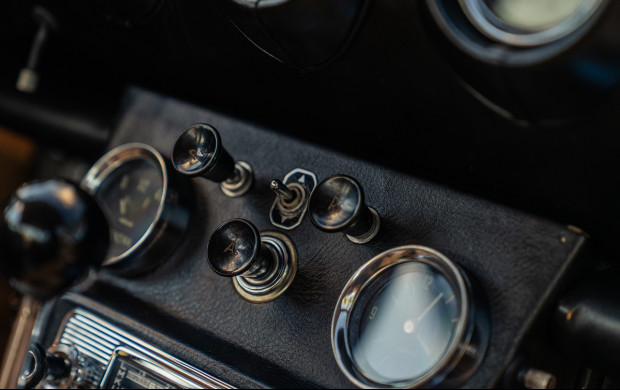 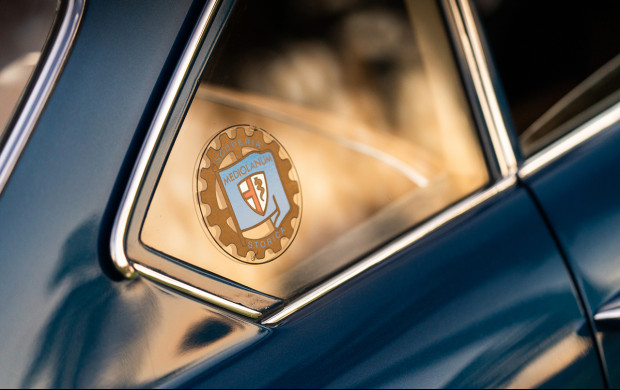 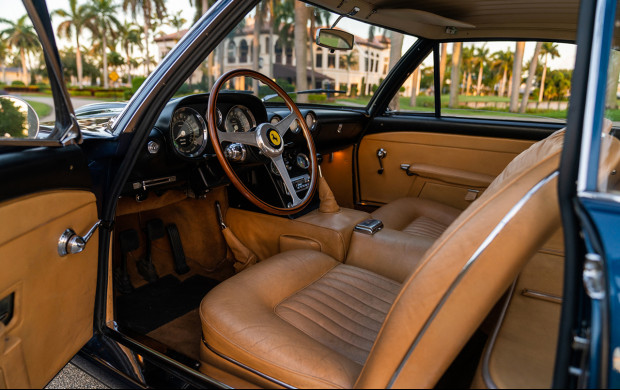 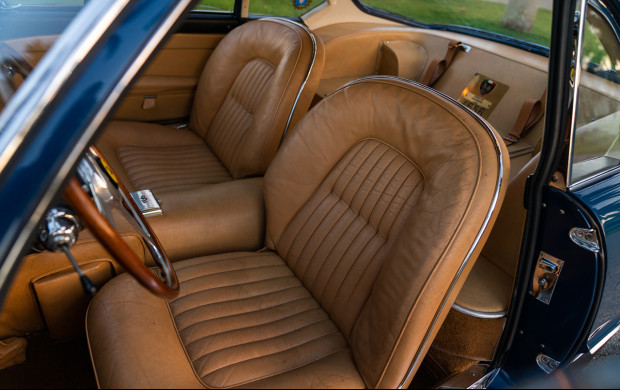 By May 7, 1962, the Ferrari 400 Superamerica was eventually registered with Italian license plates for Milan (no. MI 647142) with its first owner Giuseppe Brainovich, an automobile collector and loyal Ferrari client. According to Historian Massini, the Ferrari 400 3361 SA was serviced and maintained for Sig. Brainovich four times at Ferrari’s Assistenza Clienti facilities, and it was eventually sold to its second owner in February 1966. The classic car changed hands another 6 more times before it ended up with Milanese collector Massimo Sordi, with the vehicle still finished in its original Blu Notte and original leather upholstery.

Despite its show class status, the vehicle is roadworthy as intended and a definite masterpiece of a vintage car specimen. Show your interest here.