On the piste in North Korea: Regime’s luxury ski resort opens for business. 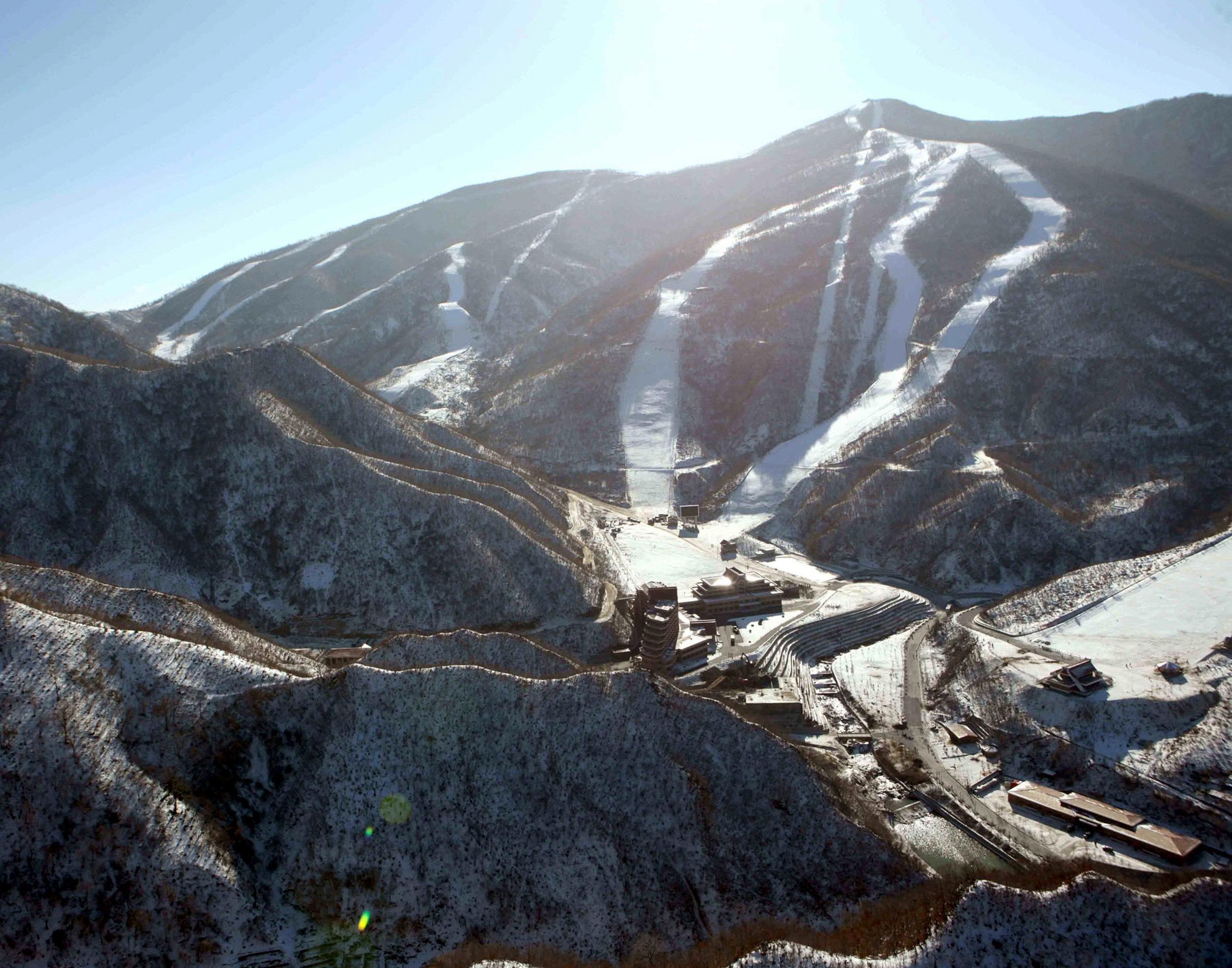 Just weeks after a ski resort in North Korea opened to the public January 1, Uri Tours has launched five and seven-day ski holidays to the Masik Pass Skiing Grounds, billed as “the most exotic skiing destination on earth.” So far, the tour operator has received bookings from six Americans, who will be among the first foreigners to hit the North Korean slopes this winter. Originally scheduled to be unveiled in October, the resort experienced a series of setbacks, notably after being slapped with UN sanctions over the purchase of Swiss chair lifts. The ski lifts currently in place are from China. The ski packages, meanwhile, include access to the resort’s nine ski runs and four chairlifts. Getting to the top of the Masik Pass at 1,360 m (4,461 feet) requires taking three separate chair lifts and takes up to 40 minutes. Here are a few other interesting resort specs:

-The total resort area is 1,412 hectares.
-All slopes combined have a total length of 110,000 meters.
-Slope widths vary from 40 – 120 meters.
-The maximum slope is 39.8 degrees.
-The resort has 120 rooms.
-A day-long ski lift pass is 25 euros (included in the package).
-Resort amenities include a lap pool, fitness center, massage, sauna, billiards and hair salon.