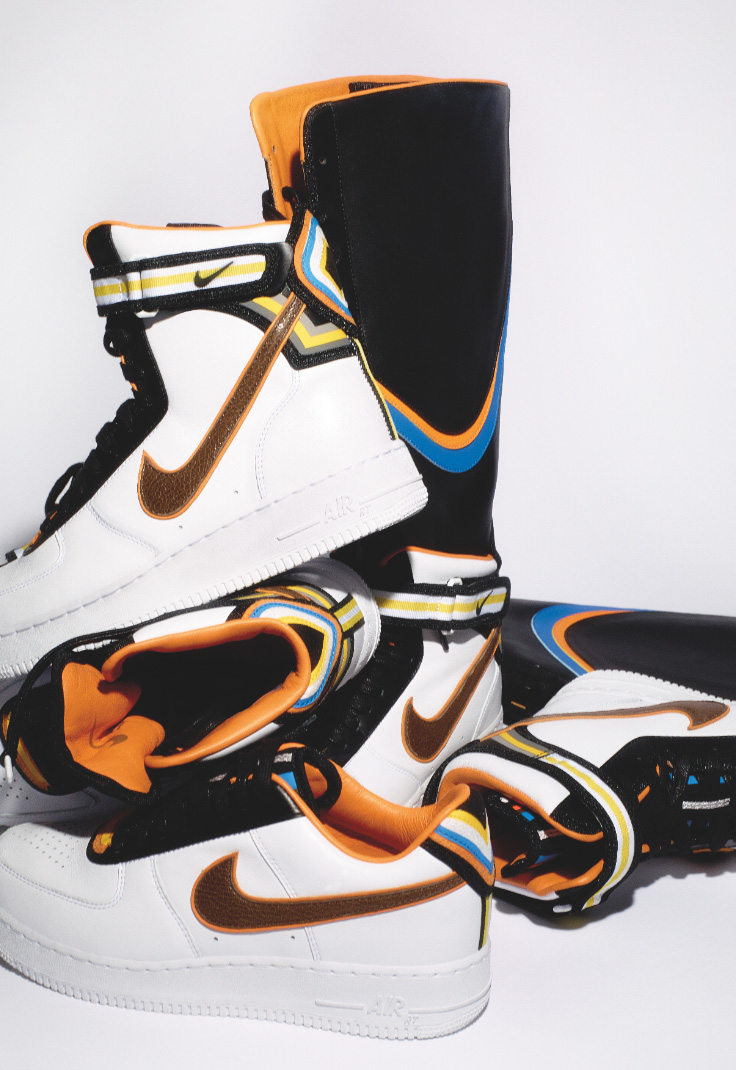 RICCARDO TISCI has unveiled his debut collection for Nike – four pairs of trainers based upon the sport brand’s most celebrated style, the Air Force 1. Titled ‘Air Force 1 Nike + R.T.’, the collection features the basketball and street-style staple shoe (first released by Nike in 1982) which has been reinterpreted in white and black four different shapes.

“The shoe is universal yet somehow very personal,” said Tisci. “I travel all over the world, and I see people wearing the Air Force 1, and they wear it in so many different ways. And so I was thinking, what is the essence of the Air Force 1? And how do I take that essence and make my own statement?” “The Air Force 1 is not about gender, it’s not about a particular city, nor is it about a certain style. The community decides. It’s democratic. It’s love.”

The collection will launch first in white from March 1 then in black on April 1.