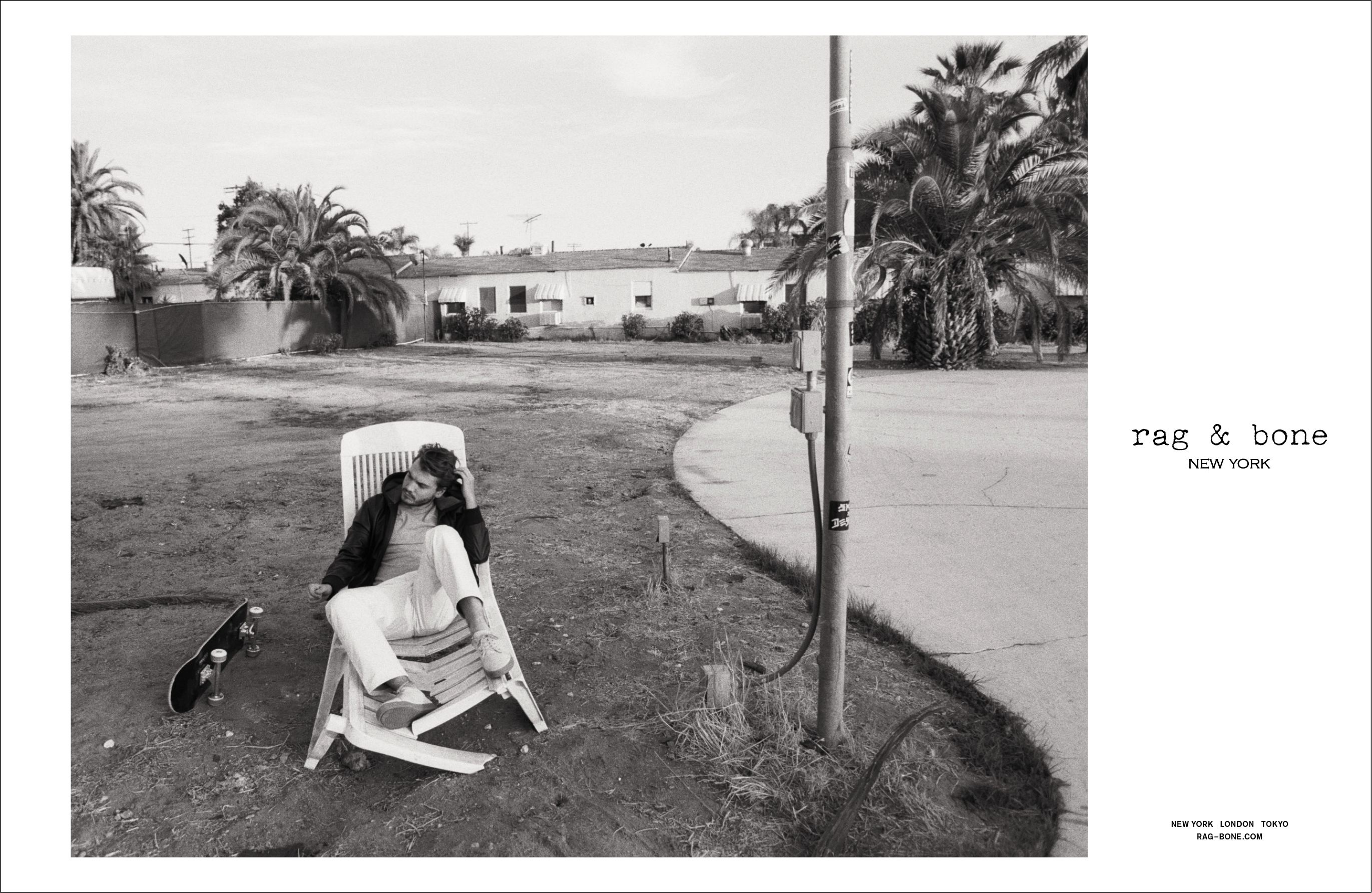 The images and the film were photographed by Glen Luchford, who also shot last season’s campaign for Rag & Bone, a romantic black and white look at New York City starring Michael Pitt and Léa Seydoux. This time around they’re on the West Coast where 28-year-old Hirsch gets to show off his skateboarding skills.

“Los Angeles to me is the city of dreams, a roller coaster with equal highs and lows down the tracks. I happily call it home,” explained Hirsch. The star of “Milk appears alongside 22-year old Martin, the half-French, half-English actress who can be seen in Lars von Trier’s “Nymphomaniac.”