The world’s best restaurant, now on the cinema menu

“Noma, My Perfect Storm” is designed to investigate how one chef from Denmark changed the international culinary landscape. 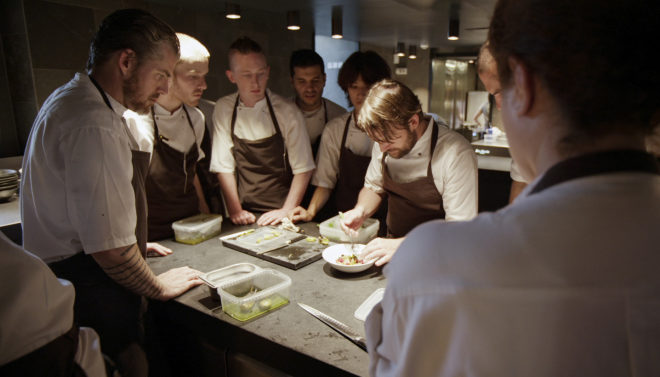 Following the fortunes of multi-award winning restaurant NOMA, the culinary documentary “Noma My Perfect Storm” is closing in on international distribution.

With Japan already in the bag, the three-year profile of René Redzepi’s two Michelin-starred restaurant has also been secured for show in South Korea, Germany, Austria, the Netherlands, Belgium, and Luxembourg, according to Variety.

“Noma My Perfect Storm” had been previously announced for a February 2016 premiere, with its debut trailer expected late summer or fall.