Two 6600 Passenger Ships Will Be Built For Costa Cruises

Costa Cruises, will get two new next-generation cruise ships that will accommodate up to 6,600 passengers and operate on cleaner-burning fuel. 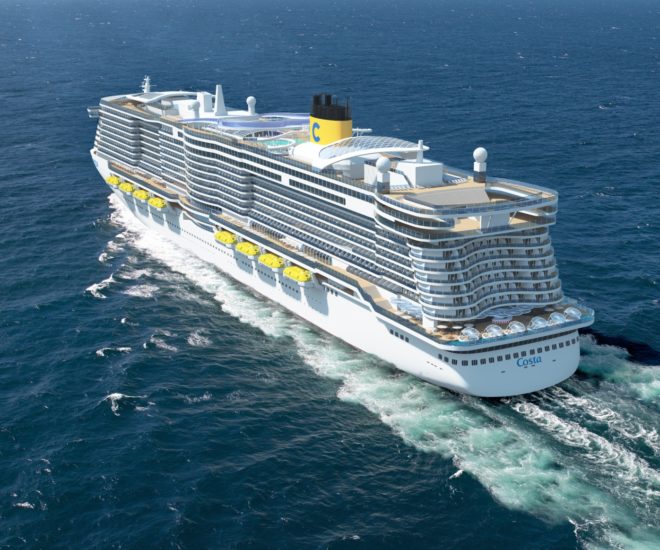 Costa Cruises is set to take Royal Caribbean’s crown as the operator of the world’s largest cruise ship in passenger capacity when it receives the first of its two new vessels in 2019. The newest ocean liner from Costa Cruises will be able to host the population of a small town and, when complete, will nab the title of largest guest capacity ship, capable of ferrying 6,600 passengers.

To be delivered in 2019 and 2020, the two “next-generation” ships are being built in a shipyard in Finland.

In addition to boasting the record for largest guest capacity, the ships also become the first in the cruise industry to be powered by what’s being billed as the world’s cleanest burning fossil fuel, Liquefied Natural Gas (LNG).

Dual-powered hybrid engines will be used to power the ship in-port and out on the open sea. Overall, the specs are impressive: 180,000 gross tonnage, with more than 2,600 passenger cabins.

Currently, Royal Caribbean’s Harmony of the Seas is touted as the world’s largest cruise ship with a mass of 227,000 tonnes; it will measure 1188 feet (362.15 metres) from bow to stern.

That ship is is currently under construction and is expected to make its maiden voyage in May 2016. It will have a capacity of 6,360 passengers.