And the Michelin Pub of the Year is…

The Greyhound on the Test in Stockbridge, Hampshire, has been named Pub of the Year in the Michelin Eating Out In Pubs Guide 2014. 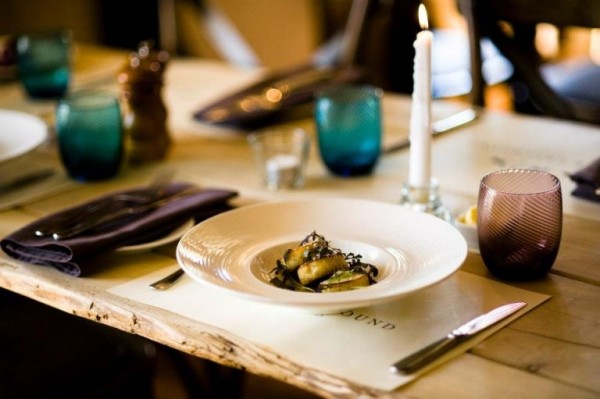 The editor of the latest Michelin pubs guide UK is calling for an end to the use of the term “gastropub” as a means to denote watering holes that offer finer dining options.

With more than 570 pubs listed in the “Michelin Eating Out in Pubs Guide 2014,” 70 of which are new entries, editor Rebecca Burr said there’s no longer a need to differentiate pubs from gastropubs, a term that was officially added to the Merriam-Webster’s Collegiate Dictionary in 2012 to describe “a pub, bar, or tavern that offers meals of high quality.”

“Hopefully we can now all stop using the term ‘gastropub,’” Burr said in a statement. “Many of the establishments in this guide are traditional pubs playing a big part in the local community, complete with quiz nights and themed evenings. A pub doesn’t need a modern makeover to serve good food, nor does it need to transform itself into a restaurant.”

Meanwhile, a 600-year-old pub in Stockbridge, Hampshire took the title of Pub of the Year 2014 for its “character,” charming bedrooms, great food and cheerful staff.

Currently on the menu at The Greyhound on the Test are dishes like rib-eye steak with sugar snaps, leeks, Chateaubriand sauce and chips for £24; braised pork belly with celeriac puree and white beans for £15; and pan-fried hake with purple sprouting broccoli and lemon butter for £14.

Last year’s pub of the year was The Gunton Arms in the village of Thorpe Market in Norfolk county.

The Hand and Flowers in Marlow, Buckinghamshire, 50 km outside London, is the first pub in Michelin history to be awarded two stars and this year was also named National Restaurant of the Year 2013 in the UK last month. The “Michelin Eating Out in Pubs 2014” guide retails for £13.99.