Dremel launches the next generation of their Idea Builder 3D-printer, with Wi-Fi connectivity and a host of other features. 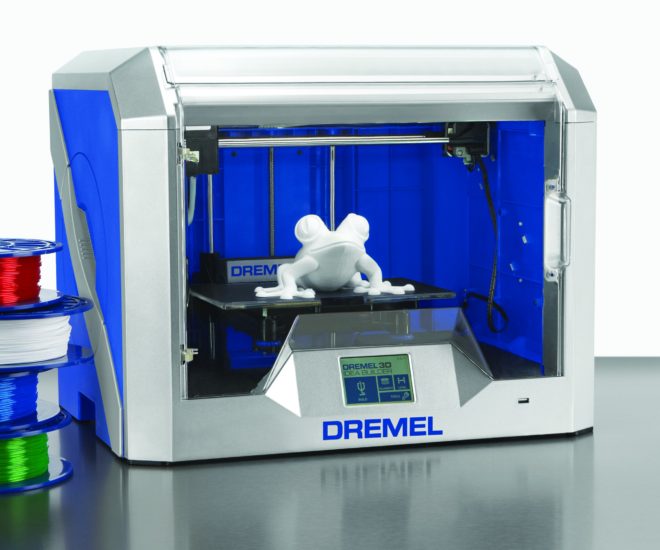 UAVs and 3D-printers are new technologies taking the world – and luxury products too – by storm and we are undeniably excited about them. Most likely this is because of their availability to consumers coupled with their potential for changing the shape of the world we live in altogether. Manufacturer Dremel has pushed forward with a new-gen 3D printer that has a whole set of interesting features, including Wi-Fi compatibility, which may make it easier for creative consumers to be able to bring their dream visions to life in solid form. Just the thought of being able to send blueprints directly to this printer and have it churn out something wonderful sounds too good to be true. Over time, a wonder like this will likely become commonplace but for now, something like the Idea Builder 3D40 is a true luxury for the creative consumer. The Idea Builder 3D40 is due to roll out over the next few months, and can be pre-ordered now.

Through a Wi-Fi connection, you’ll be able to control the Idea Builder remotely and launch printing projects from any location – allowing maximum efficiency in creating things. This new-gen version also sees an increased build volume (254x152x171mm) to allow the creation of even larger objects. Perhaps you may not be as good at designing objects to print yourself – in which case the printer also comes with a catalog of pre-loaded models for you to choose from – all done up with a greater precision than the current version. To our ears, that sounds like an invitation to play!

The Idea Builder was first launched in 2014 and the printing itself works through a layer-by-layer process from melted plastic filament. To provide a variety of interesting design possibilities, the filament will be available in 10 colors – coming in the form of 162-meter spools.

With the possibility that as many as 496,475 3D printers could be sold worldwide in 2016, according to technology research firm Gartner, this is growing steadily into a big market. Sales of 3D printers of all kinds could more than double each year to reach more than 5.5 million unit sales in 2019. Dremel hopes to see the Idea Builder as a great device for use in educational settings, so that more and more consumers can see the possibilities of the technology – and push the boundaries to greater heights. We certainly hope that happens because the more people use this technology, the more possibilities open up.